Most parents won’t allow their kids to get cosmetic surgery, but what if your child has an extraordinary physical feature that’s hurting her self-esteem?

Going under the knife to stop the bullying 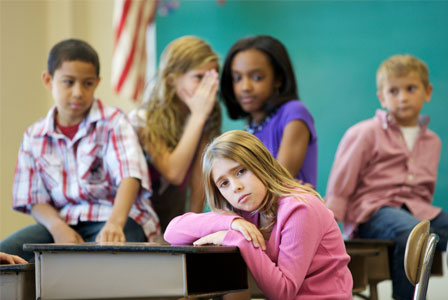 For the teen with large ears, a crooked nose or any noticeably “different” feature, being bullied can become a living nightmare.

BullyingStatistics.org reports that in 2010, one in seven children grades kindergarten through 12th was a bully or a victim of one. With the surge of social media, schoolyard teasing can become a viral onslaught, forcing some teenagers into acts of desperation.

Child psychologist Richard Gallagher told ABC News Nightline (“Bullied on Facebook, Teen, 13, Gets Nose Job,” Oct. 2011), parents should keep kids off social media until they’re at least 15. And while a child might be physically ready for plastic surgery, he says the child not be emotionally prepared. Gallagher suggests instead of surgery, parents teach kids how to combat bullying.

At 13, Nicolette Taylor was plastic surgeon Dr. Sam Rizk’s youngest patient ever. A former child model, Nicolette broke her nose twice and was constantly teased on Facebook. ABC Nightline correspondent JuJu Chang asked Dr. Rizk how he knew putting up with bullying wouldn’t simply build character in kids. “In some cases it doesn’t build character, it destroys it,” he said.

Parents should talk to their child about why she wants surgery. Is it to correct a deformity, fix a functioning yet socially awkward feature or enhance a body part, such as a breast enlargement?

Read about teens and boob jobs >> 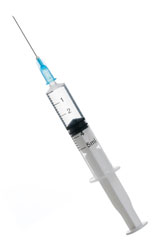 In a 2009 report for USA Today (Brophy Marcus, Mary, “Cosmetic surgeries: What children will do to look normal”), pediatric plastic surgeon David Staffenberg explained that it’s challenging to determine when surgery is “medically necessary.” One doctor might say it’s only okay for life-threatening conditions while another says it’s fine for any feature that severely interferes with a child’s self-image or daily life.

Eleven-year-old Arianna Adan told Fox News (“Fighting Bullies with Plastic Surgery,” Jan. 2012) that she was constantly teased about her ears. Eventually, said her mother, Arianna became withdrawn and depressed, once even trying to tack her ears back with a stapler. “It [the surgery] was painful, but afterwards I was the same but something changed, I was more beautiful,” said Arianna.

Read how to gain a victory over verbal abuse >>

“One of the challenges is that there is not a lot of evidence that it improves psychosocial well-being. The goal is admirable, right? Better lives. The question is: Does it work and is it necessary?” Alice Dreger, a professor of clinical medical humanities and bioethics at the Feinberg School of Medicine at Northwestern University, told USA Today

Moreover, there’s no specific age minimum, guidelines for kids are unclear and the research on the benefits and drawbacks is minimal.

Pediatric plastic surgeons insist they carefully screen their young patients, making sure eating disorders, pressure from parents or boyfriends or a desire to look like a particular celebrity aren’t involved. “It’s treacherous, that age group, and I don’t want to support something going on in an unhealthy way,” said Stephen Colen for USA Today.

Ultimately each situation is individual. In Nicolette’s case, her parents feel they helped their daughter. Says Nicolette’s father Rob, “If it’s something you can do for your child that’s within your control and it’s really a factor, why would you not do it?”

Teen YouTubers Your Kids Will Love (& You’ll Stealth-Follow, Too)

Durable Gardening Gloves for Kids That Will Keep Them Protected