Twitter parties are a smart and fun way to engage with brands and increase your Twitter followers.

Twitter parties are a smart and fun way to engage with brands and increase your Twitter followers.

Twitter is a virtual playground for bloggers. Plain and simple. We’re talking real time conversations in 140 characters. I’m regularly asked by mom bloggers how they can utilize Twitter more, and I love to recommend that they participate in and/or host a Twitter party.

Yeah, that was me when I first heard about them, but Twitter parties have become one of the hottest things that you can do on Twitter. 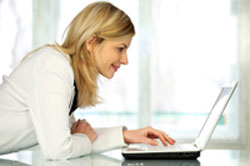 A twitter party is virtual party (where you can be on your couch and dressed in your pajamas) that uses Twitter as the platform or location. It’s literally just like going to a “real” party — there’s a designated time, place, host, theme/topic and a hashtag for the party. These parties take place every single night of the week on Twitter, usually lasting about an hour or two, and are hosted by a brand/company who have a blogger lead the discussion for the party. They’re incredibly fun!

Read more about Twitter: 3 Reasons to check it out >>

5 reasons why you need to be at the party

With hundreds of people coming out for a Twitter party, you have the ability to engage with tons of people and quickly, very quickly. They can be fast and furious, so you really do gravitate. I’ve met some of my best online friends at Twitter parties because you’re chatting about the same topic and in real-time. Engaging is one of the best things that comes out of a party.

You never know who you’re going to meet at a Twitter party. Brand representatives are present on Twitter during most parties, and it’s an easy way to meet people in important positions. Not to mention, you have the chance to connect with other social media minded people. It’s fertile ground to meet tons of people. I like to think of Twitter parties as networking events.

If you’re looking to increase your Twitter followers, join in the party! The more people you meet, the more popular you’ll become and your Twitter stats will rise. Numbers on Twitter are important, so I love recommending Twitter parties because they are such great ways to increase those stats!
4

I’m not going lie to you, Twitter parties are a ton of fun! Each party has a topic, so hook yourself into a party with a topic you love! I’m all about fashion and food and fitness, so whenever one of these topics are covered, I’m there! There’s also giveaways throughout the hour and it’s awesome!
5

Oh, yes! You learn a lot during these parties. From recipes to styles and trends to books to read to policies that are being created to financial tips, you learn things! I really think this is such a hook for brands and companies to realize. You actually walk away knowing more about a brand and the topic at hand.