When kids with Sensory Processing Disorder become over-stimulated, the resulting meltdowns can be terrifying for everyone involved. 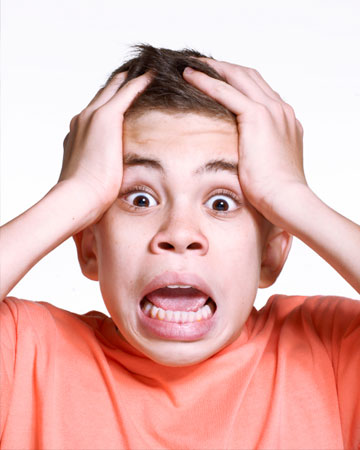 Learn to prevent, anticipate and cool down from overwhelming SPD meltdowns.

Have you ever felt like you’ve reached the end of your rope? Maybe you had a bad night’s sleep and skipped lunch and your kids wouldn’t stop arguing and you felt like you might shatter into pieces. When children with Sensory Processing Disorder become overwhelmed and overloaded from various stimuli, they may reach that breaking point and suffer what’s commonly referred to as a “meltdown.” For some kids, this can mean uncontrollable screaming and crying. For others, it can mean freezing up and refusing to talk or listen.

Stop it before it starts

The best way to avoid meltdown heartache is to avoid meltdowns entirely. It’s easier said than done, but with some practice you can learn to minimize the things that set your child off. Every kid is different, so this is where observation really comes in handy. Pay attention to what seems to overwhelm, irritate and distress your child. Does he hate wearing clothes with tags? Does cold or slippery food throw him into a tantrum? Avoid exposing your child to too much at once. Never force him to do something that’s causing him distress, such as sitting through a loud movie or a fireworks display.

Be more conscious of the things around you and how the environment affects your child. That hand dryer in the corner of a public restroom might register as somewhat annoying, but to your child it may sound like an airliner taking off right text to her. Focus on stimuli you usually ignore, such as background music or the smell of a barbecue. Learn to correlate your child’s behavior with what she’s in contact with, whether it’s sound, temperature, texture or visual stimuli. When you identify what sets her off, you can minimize exposure to those triggers.

Have compassion during meltdowns

Sometimes, meltdowns cannot be avoided. If your child begins to show warning signs of his particular brand of meltdown, don’t discipline him. Remove him from the source of distress, whether it’s a crowd or a certain smell. Be calm and understanding. Remember that your child isn’t misbehaving. He can’t help the sensory overload that’s making everything feel like it’s too much all at once. Adults with SPD have described this kind of overload as physically painful and upsetting. 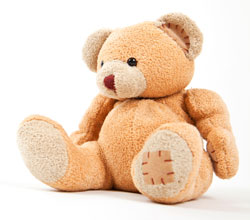 What goes up must come down. As your child winds down from a meltdown, help her calm and achieve balance. Older kids may need to be reassured that they’ve done nothing wrong and shouldn’t be embarrassed. Younger children may prefer to be distracted and soothed with calming stimuli like a favorite fuzzy toy or some time in a darkened room under a weighted blanket. Make time for yourself and your family after a meltdown and lean on SPD support groups. You need a chance to calm down too.