Just when we thought we’d seen it all, Babyccinos arrive on the scene as the newest trend in hip parenting. And, believe it or not, this story doesn’t even come from coffee-obsessed Seattle. 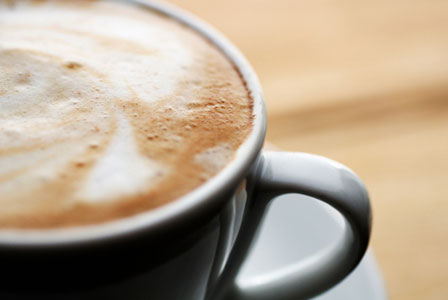 Parents in Brooklyn, New York, are teaching their little ones to love caffeine at an early age… Better increase that Starbucks budget, parents!

What exactly is a Babyccino?

“A BABYccino?” You’re surely muttering to yourself right now, “You mean a cappuccino? For babies?” Although it’s a cute twist on the name of this traditional Italian coffee drink (a cappuccino is actually espresso with hot milk and foam added to the top), a Babyccino is the hottest new drink that foodie parents are exposing their children to.

According to The Huffington Post and The Brooklyn Paper this week, parents living in the well-known and increasingly popular ‘burbs of New York City, Brooklyn, are regularly ordering this off-the-menu drink for their little ones, alongside their own caffeinated versions. Both articles state that a Babyccino can mean either a flavored steamed milk or a tiny, real cappuccino — made with a shot of decaf espresso and topped with hot milk and frothy foam.

It’s no secret that more and more parents are strapping their kids in car seats on the foodie train — teaching them to love and appreciate food in a different way and expanding their new palates beyond just PB-and-J and boxed macaroni-and-cheese — but is ordering coffee drinks, albeit decaf ones, taking things a step too far?

Read more about an American family who’s living in Rome, where drinking cappuccino is status quo, in Families around the world: Life in Rome >>

The truth about caffeine in decaf coffee

In a day in age where parents are hyper-sensitive about what their children eat — allergies and intolerances to wheat, dairy, nuts and more are all part of common day-to-day chatter between moms — it seems ironic that it’s likely the same parents who are verifying that the local preschool serves only gluten-free snacks are also ordering their child a Babyccino.

But, is there truly any harm to letting your child drink a shot of decaf espresso?

Be warned: Caffeine is both addictive and dehydrating

While you may not see your child bouncing off the walls after one Babyccino, parents who allow their children to drink caffeinated beverages of any kind — including decaf espresso and soda — need to remember that caffeine is both addictive and dehydrating. 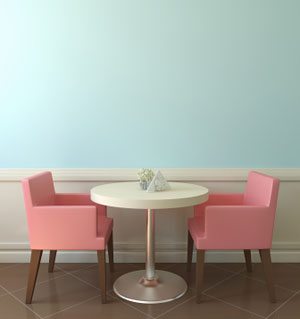 So, would you order a decaf-Babycinno for your little one the next time you hit up your favorite spot to grab a coffee? There seems to be a split amongst real moms that we talked to — half of the moms seem to think it’s harmless fun when done in moderation and the other half wouldn’t even consider it.

Mom of two children under the age of five, Melissa, sheepishly admits that she has allowed her children to have a little cappuccino on occasion. She says, “Once in a while can’t hurt. I wouldn’t make it a daily habit [for my kids], but I would rather them drink that than [something full of] fat and sugar.”

More on food for kids