Happy Wednesday Hump Day! This week we celebrated Valentine’s Day, as well as had fun drooling over (and dissing!) the red carpet looks at the Grammy Awards. Speaking of the Grammys, we rounded up the red carpet style of pregnant model Lily Aldridge and The Civil Wars singer Joy Williams. Kristin Cavallari wore an interesting outfit to her baby shower, while Molly Sims rocked her baby bump during Fashion Week. 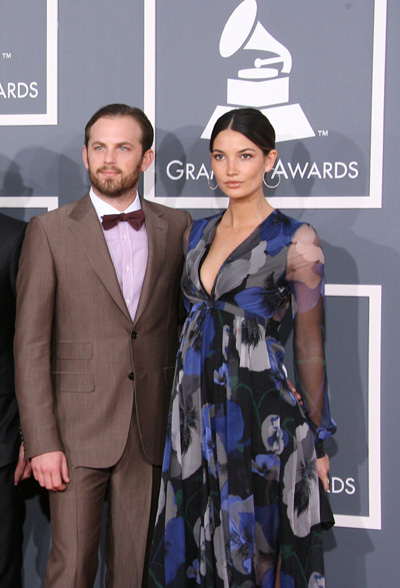 Pregnant model Lily Aldridge walked the red carpet at the 2012 Grammy Awards with her husband, Kings of Leon rocker Caleb Followill. The Victoria’s Secret stunner wore a gorgeous Gucci floral blue maxi dress. The Kings of Leon were nominated for two Grammy Awards, including Best Rock Album. However, they lost out to Foo Fighters.

Aldridge and Followill announced the pregnancy news in December when she was three months along. “We can’t wait to meet the new addition to our family,” they gushed.