Toy Fair 2012 is taking place in New York from Feb. 12 through Feb. 15. This annual event, owned and operated by the Toy Industry Association (TIA), showcases more than 100,000 toys and entertainment products at the Jacob K. Javits Convention Center in New York City.

So far at Toy Fair 2012, we are seeing a number of trends emerge. As you can imagine, many of them are technology-based.

There’s an app for that

Toys that work with an app on your smartphone or iPad and products that are based on an app are popular right now. The app component is an enhancement that is being added to many traditional toys as well as part of many newly released toys and games.

We saw this trend in 2011 and it’s continuing this year as well. From musical toys for toddlers, to music and dance games for tweens and teens based on television shows like American Idol and Glee, there’s something musical for everyone.

Toy fairs always feature a number of collectibles and high-priced toys with a big wow factor. According to the Toy Industry Association, though 2012 will see a resurgence of toys that fall on the higher end of the price spectrum, “shoppers will always be attracted to affordable prices. Affordability was a trend in the past few years and this sub-trend will persist in 2012 as parents and other shoppers have really come to expect big play value at affordable prices.” 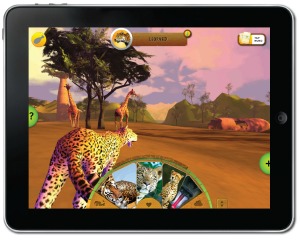 For digitally fascinated kids, Nukotoys is launching these amazing new Animal Planet and Monsterology NUKO collectible trading cards. These cool cards contain characters and items that magically spring into action when touched to an iPad, iPod Touch or iPhone screen.

Animal Planet NUKO is a unique iPad/iPod trading card game that lets kids collect, trade, interact with, learn about and create a connection with 50 exotic and at-risk animals from around the globe. Monsterology NUKO, aimed at kids ages six and up, allows kids to collect, train, trade and play with 3-D mythological creatures from unicorns to sea serpents based on the New York Times bestselling Ology book series. Right now, the Nukotoys team is at the Toy Fair showing off their pre-launch demos and the toys will be released in the spring. 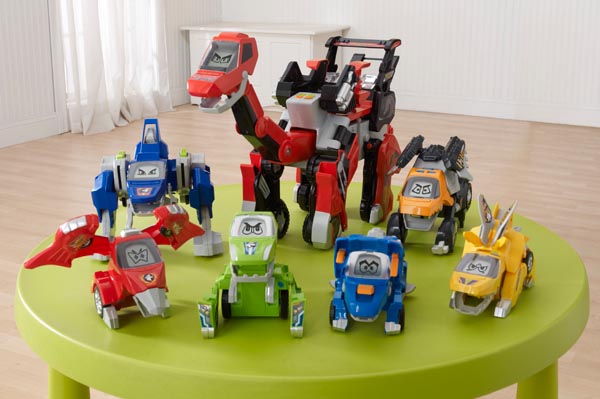 For the first time ever, two of boys’ most popular toys — dinosaurs and vehicles — have been brought together to create a unique two-in-one play experience with VTech Electronics’ Switch & Go Dinos, designed specifically for boys between 3 and 8 years old.

At the Toy Fair, LEGO unveiled its broadest assortment of LEGO DUPLO toys ever.

“Double the size of traditional LEGO bricks on all dimensions, DUPLO bricks offer so many ways to creatively play, learn and explore,’ said Soren Torp Laursen, president of LEGO Systems. “Our 2012 collection responds to our ongoing dialogue with American moms who asked for toys that provide their preschoolers with multiple play opportunities, that deliver hours of productive play and have strong price value.”

Highlights include their new Read and Build kits, as well as the collection of “My First” DUPLO sets that combine building and role play while fostering little ones’ creativity. If your kids love Cars or the Disney Princesses, you are in luck because they added new DUPLO collections featuring these beloved characters too.

It isn’t just LEGO DUPLO that got better. You’ll find new Classic LEGOs, LEGO themes and much more. Whether you are a collector or your kids just love LEGOS, you’ll find so many new options in 2012. Boys and girls of all ages will be inspired to build with their open-ended LEGO building sets or with themes including city, dinosaurs, monsters, ninjas, heroes and friendship. Check out more at LEGO.com.

If you aren’t in New York, you can still find out what’s going on and see all the new toys in action on YouTube. Check out all the videos from the PopCultureNetwork. This video below shows off all of Hasbros’ upcoming new Transformers toys for the year.