After a teenager rants on Facebook about how horrid her parents are, her dad gives her a dose of her own medicine by shooting her laptop — and posting the video online. Was this punishment justified or did he sink to her level? Read on for the full story.

Related story I Wish I Were Fighting With My Teen About Sex & Drugs This Year, Not Zoom 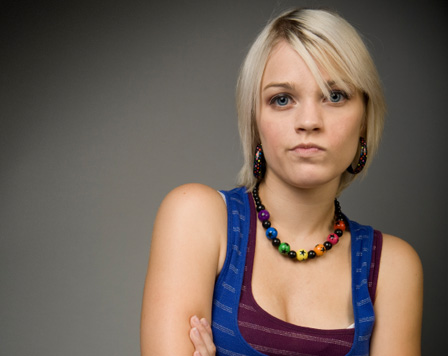 Tommy Jordan, dad of 15-year-old Hannah, gave his daughter some tough love after discovering a Facebook post of hers where she vilified her parents and complained bitterly about the chores she is required to do. As punishment, he videotaped himself reading her note, said a few other choice comments and then pumped her laptop full of lead.

A dose of her own medicine

Technology is great when used appropriately, but even the best privacy settings are really only smoke and mirrors because anything that is posted on the internet is inherently public and permanent. Jordan, an IT specialist, had no trouble viewing Hannah’s post that she thought was private for her friends only.

“She thought she was being smart in blocking her parents from being able to see it,” he said. In her rant, Hannah compared herself to a slave, stated that her parents overwork her and that she should be paid for her chores.

Dad wanted to discipline her not only by taking away her computer but videotaping its destruction and putting it on YouTube for the world to see. The video has gone seriously viral in the meantime and is up over a million views and has sparked a debate on disciplining teenagers, particularly when they misuse technology.

The video’s description on YouTube states: “If you’re so disrespectful to your parents and yourself as to post this kind of thing on Facebook, you’re deserving of some tough love. Today, my daughter is getting a dose of tough love.”

Cathy, mom of one, thought he did the right thing. “I think it was justified,” she shared. “It sounds like she has been giving them trouble for a long time. I’m not a gun person, so that was a little shocking, but I think it was a good lesson.”

Ashley from Wisconsin agreed. “I honestly think this is a hilarious video,” she shared. “Could you imagine her face seeing her laptop being shot at!? She won’t be talking like that on Facebook anytime soon.”

Other parents felt that Jordan went way over the top by posting the video online. “With it posted publicly, it feels a little too much like retaliation and not like good parenting,” said April, mom of three.

Becky from Kansas agreed. “One thing that bothers me is that he doesn’t want his daughter to curse, but he does here,” she explained. “What does that teach the girl?”

One can hope that teens can come away from this with at least one lesson learned — if you don’t want your parents, your grandmother or your future employers to read it, don’t post it on the internet.

Do you think this punishment was justified or did the dad sink to her level? Share in the comments below!