What were on the minds of some of our favorite celebrity moms? We have rounded up the best celebrity mommy tweets from Rachel Zoe, Cindy Crawford, Nicole Richie, Kendra Wilkinson, LeAnn Rimes — and more! Find out what they’re thinking, in 140 characters or less! 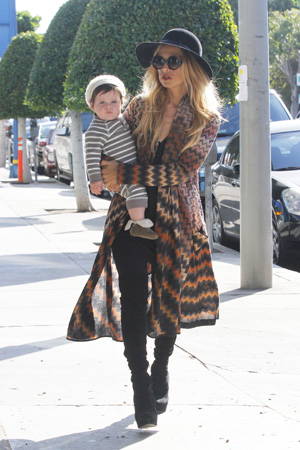 “Lil Hank really hates it when I sing,” Kendra tweeted. “He gets so mad [and] screams.”

“My bonus son sings w/ me and then tells me to stop cause he wants to hear himself only,” LeAnn tweeted to Kendra.

“In case you’re wondering if I had my child born on the same day as Mary J Blige on purpose, the answer is HELL TO THE YES,” Nicole tweeted last month with the hash tag “Happy Birthday Harlow.”

Jenny McCarthy may no longer be dating her ex-boyfriend Jim Carrey, but she has been tweeting her support of his daughter, Jane Carrey, who auditioned for American Idol.

“Sad Jane Carrey got eliminated from American Idol,” Jenny tweeted. “She was nervous. She is one of the most amazing singers! Hope she tries again next year!”

“Turns out that trying on maternity jeans is just as frustrating as trying on regular jeans,” tweeted the How I Met Your Mother star, who is pregnant with her second child.

Also on her timeline? Baby names! “My daughter said ‘Mommy I have great names for the baby in your belly! If it’s a girl, Coco. If its a boy Gaguzzi. It sounds like Jacuzzi!’ ” she tweeted.

“Driving to bring my daughter a jacket, give a quick kiss then rush to my other daughter’s dance class. Brutal mommy schedule, ” she wrote. 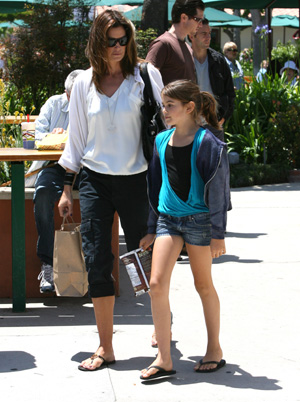 “I’m definitely showing faster this time around,” tweeted Kourtney Kardashian, with a link to her site showing photos of her with Mason and Scott at the beach in Mexico. “Pregnant and loving it! They say that with your second pregnancy, your body remembers and knows what it’s supposed to do, so you show faster the second time around. I guess that is true!”

“Thanks to @GMA and @nydailynews for the nice words on Kaia’s Young Versace ad! Happy she got to work with people I know and admire!” Cindy tweeted.