Pamela Druckerman has discovered what makes the French better parents, and her new book, Bringing up Bebe, spills secrets she has learned as an American bringing up children in France. 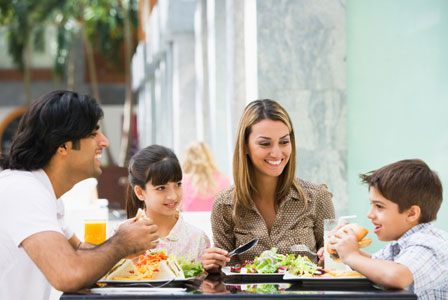 Do the French really parent better than their American counterparts? Read on to discover what Druckerman dishes on the state of French parenting.

Author Pamela Druckerman’s new book, Bringing up Bebe: One American Mother Discovers the Wisdom of French Parenting, outlines what she has determined by observing the way French parents interact with their children. French kids, by her account, seem more patient and, in turn, need less discipline.

Moms everywhere can relate to the embarrassment caused by a child throwing a huge temper tantrum in a public space — or can they? Is it solely a characteristic of the American child? Druckerman, an American living in France with her British husband, began to notice differences between how she parented her children and how the French did it.

She observed a simple parenting strategy that she calls “La Pause.” She noticed that French parents do not immediately jump to respond to a cry, a whine, a fight or a complaint. Children then, according to Druckerman, learn to solve problems themselves, learn to self-soothe and can master life without a parent directing their every move.

This results in kids who, for example, wait patiently at a restaurant’s table for their dinner — even toddlers, who are seemingly notorious for having short fuses and lacking in good judgment. French kids in general seem better behaved than American children who often are catered to or have their problems solved for them by Mom and Dad (a la helicopter parenting). And it also has the enviable side effect of more relaxation for the parents because they don’t need to chase their children or constantly keep them from danger.

Claire, who lives in France with her young daughter, was raised in America by a French mother and can relate very well to this kind of parenting. Now parenting her own little one, she said that she does notice differences between how kids act in France as opposed to the US.

“This description of French families rings true, and is how my French mom was with me,” she shared. “I will say that you will not see a French toddler causing mayhem in a restaurant!”

While there are admirable aspects to the French parenting model, some moms felt that it was a little too hands-off. “I don’t fill my toddler’s days with activities, but I also don’t let him fuss for too long if I feel he’s in distress,” said Jennifer, mother of two.

Hannah from South Carolina agrees. “I read that French babies sleep through the night earlier because they are left to cry longer than a minute or two,” she explained. “This doesn’t sit right with me.”

The differences are interesting, to say the least, and some lessons can be gained by learning more about other cultures and the way they parent their children, but as with any parenting decision, you must continue to do what’s best for you and your own family while keeping everyone’s best interests at heart.

Did Druckerman hit the nail on the head? Are American parents too responsive? Share your thoughts in the comments!

The problem with helicopter parenting
Is attachment parenting right for you?
Slow parenting: The hands-off approach