The tragic co-sleeping deaths of twin baby boys in Idaho yet again sparks the co-sleeping debate. Is bed sharing really safe, or are babies better off in cribs? Read on and decide for yourself. 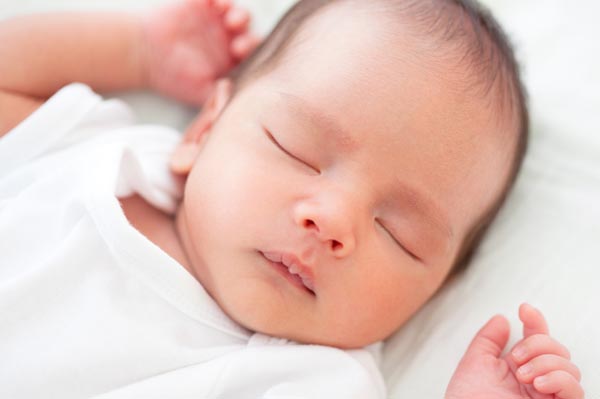 Kiarra Kimbel phoned 911 early in the morning to report that her twin sons, Gabriel and Tryce Medrano, were not breathing. They were rushed to the hospital, where both were pronounced dead. It was later revealed that they had both been sleeping with their mother in her bed, and the coroner has subsequently cleared the mom of any wrongdoing, ruling the deaths the result of accidental suffocation.

Even though there is no evidence of unsafe co-sleeping, the reports don’t give out a lot of information on the circumstances surrounding the babies’ deaths. It isn’t any less safe to co-sleep with twins than it is with a singleton, but all co-sleeping rules must be adhered to.

The parent or parents should not be under the influence of alcohol or drugs, there should be no fluffy pillows or blankets anywhere near the baby and baby should also be situated next to his mother.

Accidentally suffocating one baby is a tragic accident; suffocating two will result in an investigation. Fortunately, no charges were filed as the deaths were ruled accidental but it begs the question — what’s the rest of the story and how could this have been avoided? The coroner in this case, Kim Quick, made a bold statement: “I would like to caution those that sleep with their infants that this is an unsafe practice,” Quick said.

Co-sleeping is not for everyone

Some moms we spoke to said that they have never had any intention or desire to bed share with their babies. “We don’t co-sleep simply because I worry about this stuff,” shared Lauren from Missouri.

Kelsey, mother of one, co-slept with her little one but made the decision based on her own sleep habits. “I always felt safe about it, but I’m an insomniac and an extremely light sleeper,” she explained. “If I were a heavy sleeper, I would not have.”

Co-sleeping is great if done safely

Other mothers feel very strongly that co-sleeping is safe as long as it is done correctly. Lissa, mom of four, said, “I find it very tragic that accidents happen, but I think the risk factor involved is actually quite low. Human and other mammals were designed to sleep next to their mothers for nourishment and protection.”

Unless more details come out about the exact circumstances, it’s hard to say whether Kimbel’s bed sharing setup was appropriate. Kylee from Wisconsin is a co-sleeper and adheres strictly to the co-sleeping rules. “This story is vague, and seems suspicious,” she reported. “I wouldn’t even begin to speculate what exactly happened, or what was truly at fault for the death of those poor babies.”

The co-sleeping debate
Co-sleeping: The equivalent of putting your baby to bed with a butcher knife?
Tips for safe co-sleeping