An Oklahoma representative has proposed a tax on violent video games in hopes of curtailing childhood obesity and bullying. Is he on the right track, or is he blowing smoke? Read on and you decide. 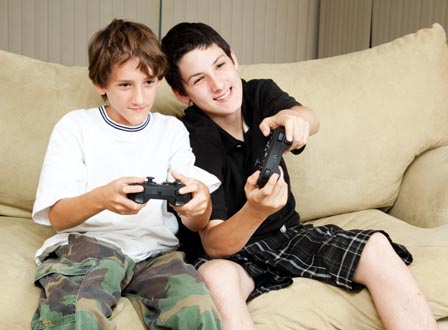 An Oklahoma representative has proposed a tax on violent video games in hopes of curtailing childhood obesity and bullying. Is he on the right track, or is he blowing smoke? Read on and you decide.

Oklahoma State Representative William Fourkiller has proposed a tax on violent video games, which he says help promote both childhood obesity and bullying within our communities. “Violent video games contribute to some of our societal problems like obesity and bullying,” he explained, “but because they raise a lot of revenue, they can also provide part of the solution.”

His proposal would assess a 1 percent tax on video games that are designated teen, mature or adult only (as rated by the Entertainment Software Rating Board). Half of the funds would go to the “Bullying Prevention Revolving Fund” and the other half would go directly to the “Childhood Outdoor Education Revolving Fund,” both of which are Oklahoma-specific funds.

While bullying and childhood obesity are definite issues, tackling them by levying a tax against certain video games may not be the best answer. Lindsay from Texas had a happy childhood spent playing video games with her brothers, none of which suffered from obesity. “Video games are only an issue if you let them be,” she shared. “To me this boils down to parents not encouraging their children to do more than play video games.”

Tanner, mom of two, also feels the proposed legislation is ridiculous. “If your kids are overweight or have bullying issues, then I believe you have more problems than video games,” she reported. “Changes need to be made in the home instead of legislating for a new tax. Who needs more taxes?”

Step in the right direction

Other parents thought that Representative Fourkiller was definitely moving in the right direction. “Video games are a huge problem in my opinion,” said Vanessa, mother of one. “I have lived in our neighborhood for 15 years and have seen kids grow from little sweethearts to brooding, overweight teens. Something needs to be done.”

Nicole from California agreed. “My kids play video games, but we limit their screen time and avoid violent titles,” she explained. “If you’re going to buy those games for you or your kids, I think some of your money should go for the betterment of society.”

Whose side is he on?

Fourkiller insists that he has Oklahoma’s children in mind with this proposal. “I hold no animosity toward the video game industry,” he said. “However, some of these products contribute to problems that can be mitigated in part by a minimal levy such as the one I propose.”

While some parents agree that the tax has children’s best interests in mind, others believe that government should stay out of parenting decisions such as how much video game play is allowed in the home.

Is taxing violent video games a way to combat childhood obesity and bullying?

55 mins ago
by Alicia Kort

56 mins ago
by Tamara Kraus