Parents of teens know that the vernacular changes quicker than the seasons. It’s difficult to keep up, let alone communicate with your teenager. Apparently, KPC stand for “keep parents clueless,” but that’s exactly what we parents want to prevent. 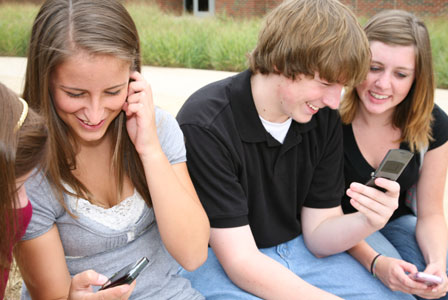 Do you have any idea what the words twomp, bars and grits mean? Probably not what you think. Dr. Jerry Weichman, a clinical psychologist focused on teens, adolescents and parents, helps break the code so parents everywhere can be clued in.

Spend a few minutes around teenagers and you’re likely to hear a handful of unique and creative words. It seems every generation creates their own language in an effort to create a sub-culture. “Every culture develops different ways to communicate,” says Dr. Weichman. “In the example of teen slang, it also creates a separation from outsiders.”

While parents may think they aren’t included in that category, most teens adopt their vernacular specifically to keep parents, and adults in general, at bay. “Especially today, when teens most often communicate electronically, slang terms serve as a sort of code language.”

Read more about communicating with your teen >>

When parents hear their kids speak in teen lingo, many of us desperately want to crack the code, but should we? “Generally speaking, parents should try to learn as much about their teenager as they can,” says Dr. Weichman. “This definitely includes the meanings of the slang that their teenagers use. However, I also think it’s important for parents not to try to act cool by using these terms themselves when communicating with their kids. That usually backfires.”

You know who you are. If you use all of your knowledge of teen slang to insert yourself into your child’s conversations, you’re probably not as hip as you think.

Read about signs you’re too close to your child >>

While it’s not advisable to make your plans obvious, it is important to clue yourself in as much as possible when it comes to your teen’s slang. “Teens begin to create two separate personas during adolescence,” says Dr. Weichman. “There is one persona for adults and then there is a separate ‘underground’ persona which is primarily used with their peers and can involve discussions about drugs and alcohol as well as sexting, pornography, sneaking out, hooking up and other things most parents wouldn’t approve of.” The more you know about teen slang, the more prepared you’ll be to help keep you child on the right path.

Learn the 5 ways to become an involved parent >> 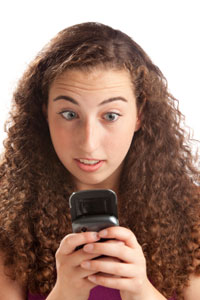 If a conversation reveals insight into your child’s life, you may be left wondering what to do with this newfound information. According to Dr. Weichman, it depends on what you discover. “If a parent discovers that their teen is abusing drugs or alcohol, sending naked pictures of themselves via text or email, making plans to sneak out of the house or showing signs of depression or even suicide, immediate steps need to be taken,” he advises. Whatever information you glean, proceed with calm caution as you address any pertinent issues with your teen.

By the way, twomp is $20 worth of marijuana, bars are Xanax pills and grits are cigarettes. Test your knowledge of more teen slang on Dr. Weichman’s term ticker.