When 12 teenage girls fell ill in New York, not only were their parents mystified, but their doctors were as well. Ultimately they were diagnosed with a psychological condition called mass hysteria, but not everybody is buying it. 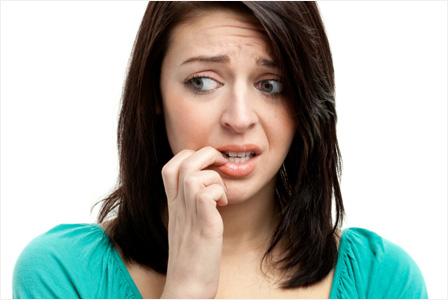 High school student Thera Sanchez came down with a mystery illness last October that has significantly impacted her quality of life. With no apparent cause, she began to experience uncontrollable movements, stuttering and loud outbursts, similar to symptoms suffered by those with Tourette’s syndrome. Shortly thereafter, 11 other teen girls began displaying similar problems. Doctors have ruled out physical and environmental causes, but the girls and their parents don’t fully embrace the mass hysteria diagnosis.

All of the girls attended the same school in upstate New York, but reports issued by officials from their school district indicate there is nothing in the building that could have caused their symptoms. The girls were also subjected to a battery of tests by their private doctors, but no cause was found.

Conversion disorder is a psychological disorder that can result from stress or conflict.

Doctors ultimately concluded that the girls were suffering from conversion disorder, also known as mass hysteria.

While the illness is a psychological one, doctors note that the symptoms and pain the girls are feeling are very real. Psychiatric or psychological treatment is the course of action and they can fully recover with help.

Several girls and their families aren’t totally buying in to the mass hysteria theory. Thera says that she was fine one day, took a nap, and woke up stuttering. “They told us it was traumatic, but I really don’t think any of us had that traumatic of a life before,” she told the TODAY show.

Thera’s mother questioned the findings as well. She said that the medical testing data isn’t there for all of the girls and there is no way a consensus could have been reached for the entire group of teens.

At least two of the parents aren’t resting and will continue to seek answers that doctors and state officials aren’t giving them. Kelly, mother of two, has a suggestion for them. “This sounds like a case for Dr. House,” she quipped.