Beyoncé and Jay Z are finally parents! While the couple chose a somewhat unusual name, it isn’t the craziest celeb baby name ever. What do you think of their baby name choice? 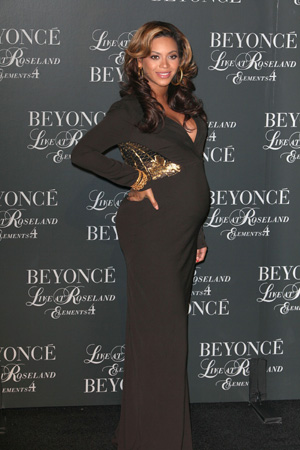 Blue Ivy was welcomed to the world on Saturday by proud parents Beyoncé and Jay Z, ending the daily question: Is Beyoncé still pregnant?

Less than two weeks ago, a rumor circulated that Beyoncé had given birth to a girl named Tiana-May Carter. Alas, it was just that: a rumor. And apparently, the name Tiana-May was way too plain for the celeb powerhouse couple.

Blue Ivy — the baby’s chosen name, according to E! News — was born on Saturday via a scheduled C-section. Friends Russell Simmons and Rihanna tweeted their congrats.

Check out these C-section recovery tips >>

What do you think of the name Blue Ivy? Celebs are known for giving their babies less-than-conventional names. In fact, some celebrity baby names often leave us asking, “Huh?”

In 2011, celebs chose some weird baby names! It seems that Alicia Silverstone took the cake last year with Bear Blu, a name she called “super cute.” What do you think about Beyoncé’s baby name choice in comparison? Does the middle name make Blue Ivy a little less unusual?

Selecting a baby name is a big decision! While your child won’t go through life with the entire world knowing his or her name, like Beyoncé and Jay Z’s baby, a person’s name still defines part of who they are. Whether you’re looking for tricks to find a unique baby name or you want to know what the baby name trends will be in 2012, check out our baby names section for inspiration. Or you can use our advanced baby name search to find the meanings and origins of your favorite baby names.

Beyoncé’s baby will bathe in bling
Is Beyoncé about to burst?
Celebrity bump day: Beyoncé

22 hrs ago
by Racheal Pulver