Many moms are immersing themselves in the waters of Twitter. Yet, some moms don’t understand why it’s important or necessary. Here are five reasons why Twitter is something you want to be on.

Twitter is an online social networking tool that allows anyone to communicate about anything, anywhere, via 140 characters. It is, to put it simply, a phenomenon!

My sister was one who encouraged me to get on Twitter back in March of 2008. I was pregnant with my fourth son and feeling very alone, very isolated and very much looking to connect with other mothers online. My sister thought Twitter would be great for me because it’s a real-time social networking tool, and someone’s always “on.”

After kick and screaming a bit (I’ll admit it), I dove into the Twitter waters.

I remember sitting on my mother-in-law’s couch wondering, “Who is going to respond to this?” And then, within seconds, the tweets started to pour back in. The best part was, they were all from moms who were either watching the same Little Bill show on TV or knew exactly what I was talking about (especially the half smile part). I couldn’t believe the immediate and instant connection that was made. It was incredible.

As I’ve become immersed more and more in the social media world and have started working with moms and companies, helping them get started on Twitter, I am more and more impressed with the importance of Twitter. It’s a connector like no other, and it’s free and it’s easy.

Many moms ask me the question,

There are five reasons I love to recommend Twitter to other moms, especially moms who are very much excited about and love the digital world of social media. 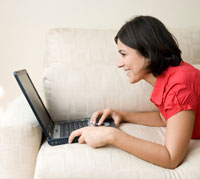 It’s an extremely easy way to engage with other moms near and far. Who needs a girls’ night out when you can engage with other moms (on the couch, in your jammies) all night long? You’re meeting others from all over the U.S. and the world. It’s amazing. When you start to converse back and forth with others, you can see your social network get bigger by engaging. 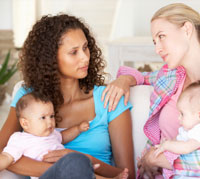 I’ll never forget being up at 2 a.m. with my son Henry back in the summer of 2008. Another mom was on at the same time and she had a question about her newborn baby (she was breastfeeding and needed advice). It was amazing to see the community of moms on Twitter help her out, even at 2 a.m. It was an eye-opener for me. 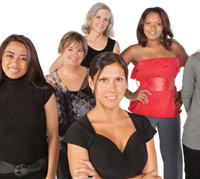 There’s an amazing community of moms on Twitter, and it’s wonderful to be part of something. As a blogging mom, I love to be able to interact with fellow mom bloggers on Twitter every single day. We’re almost each other’s virtual officemates, and it’s a community I’m proud to be part of.

I say this in all seriousness: when you’re limited to 140 characters, you need to be yourself. You can’t go on and on and on.
I love that Twitter makes you be you. You get your points out quickly, concisely and creatively.

So many brands and companies have jumped into the Twitter world, and it’s wonderful to be able to engage and connect with your favorites. It’s important to be heard and to know that what you say and mean and feel about a brand makes a difference, and I love that Twitter gives you that voice.