According to a survey conducted by Liberty Mutual and Students Against Destructive Decisions (SADD), 49 percent of teens view New Year’s Eve as a very dangerous or extremely dangerous day to drive.

Related story Dear Moms: Even When You Feel Invisible, We See You
The dangers of New Year’s Eve 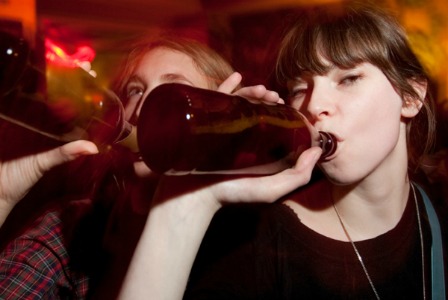 Unfortunately, 10 percent of teens say they have driven under the influence of drugs or alcohol on this night. How can parents take a proactive approach to try to protect their teens on New Year’s Eve?

“I speak with the wisdom of hindsight and the pain of personal experience, as we lost our 15-year-old son almost two years ago on New Year’s Eve,” explains Elison McAllaster, author of the book, Ricky Roars.

“He lied to us about where he was going early that night; he drank too much at a party with almost 300 other teens; he was late for his curfew, then he stole the spare keys to his sister’s car and snuck away from our home in order to meet some girls as we were doing fireworks on the dock. After we realized that he was gone from the safety of our home and texted him to pull over so we could pick him up, he dangerously drove home too fast and still intoxicated. He didn’t make it through a dangerous curve two driveways from our home.”

It goes without saying that you should know where your teens are going on New Year’s Eve (or any night throughout the year). For special occasions and parties when there is likely to be drinking and other dangers, it’s essential to keep tabs on your kids throughout the night. Create a network of other concerned parents to try and help.

“I have realized the importance of insisting on constant communication throughout the night, and checking, double checking and triple checking with other parents to verify the truth of your teen’s plans and their location,” McAllaster says. “Parental networking is crucial on this night. Parents should use the current technology of GPS tracking on their cell phones. Insist on an early curfew, and go track them down if they’re not home on time. Once they get home, gather up all car keys, spare keys included and keep them with you all night.”

Should you let them party at home?

Much discussion takes place among parents about whether or not to allow their children to drink alcohol at home. Proponents of this idea will say that they are going to drink and do drugs anyway — so you might as well have them at home where you can keep an eye on them.

“The erroneous thinking that you are keeping your teens safe by allowing them to party at home that night could endanger any other teens who show up — and they will show up as the word gets around of a party at so-and-so’s house,” says McAllaster. “Any parent who allows parties at their house is legally liable for any teen who has been drinking at their home and is killed or injured after leaving their house.”

According to the aforementioned survey, an overwhelming majority of teens — 94 percent — said they would stop driving under the influence of alcohol if asked by a passenger.

“New Year’s Eve is a time to celebrate both the past year and the possibilities of the year to come, yet far too often poor decisions by teens result in tragic injuries and deaths,” said Stephen Wallace, senior adviser for policy, research and education at SADD. “To avoid a fatal start to the new year, teen passengers need to use their voices if they have concerns about their friends’ behaviors. They will be heard.”

Underage drinking is prevalent everywhere. According to National Institutes of Health (NIH), 40 percent of kids have tried alcohol by the time they’ve reached eighth grade. Talk early and often about the dangers of drinking. Visit samhsa.gov to get the facts you need and create a personalized action plan for talking about alcohol to your kids.

How to deal with teenage drinking
Teen tantrums: The son edition
Teens and risky behaviors: Violence at school