NASCAR driver Kasey Kahne found his public image tarnished when he spat a few disparaging comments on his Twitter page about seeing a mother breastfeeding her baby at a grocery store. Breastfeeding women understandably went into an uproar over the comments — read on to learn more. 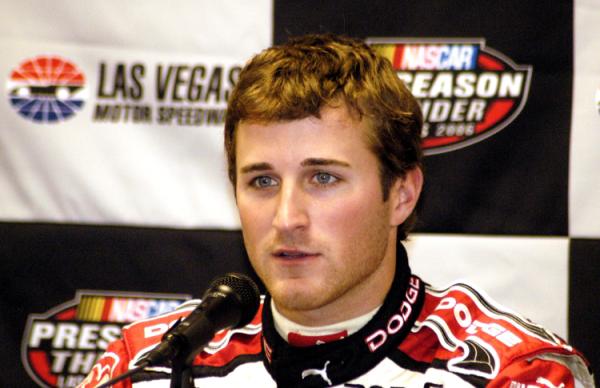 Kasey Kahne has since apologized for slamming a nursing mother on his Twitter page, but as is the case so often with the internet, once it’s written and published, you can’t undo it. Screenshots were captured of the original comments, which started out simply enough:

It only took one minute for Kahne to devolve into being seriously offensive:

One boob put away one boob hanging!!! #nasty

I don’t feel like shopping or eating any more.

User @KnittingRad wrote Tuesday, “wow, you’re kind of a douchebag, where would you propose that baby eat, the restroom? Would you eat in the restroom?” Kahne then delivered a knockout punch to his credibility by directly insulting her:

@KnittingRad and your a dumb b***h

Kahne’s mortified sponsors quickly apologized on his behalf, but his own apology came later in the game. It may be a case of too little, too late, as NASCAR has a huge fan base that is practically 50 percent female. A large number of those fans are likely parents, and many have probably also breastfed children. No matter how one feels on the subject of nursing in public, being so openly negative about the activity, particularly when one is a public figure, may not be such a hot idea.

We asked a few moms how they felt about nursing in public, especially at the grocery store. “I nurse in public all the time, but I think people are too scared of me to say anything,” explained Kimmy from Missouri. “I nursed Suz during an hour-long trolley ride through Fantastic Caverns today and I’m pretty sure no one even noticed. My boobs, my baby, my business.”

Lisa, mother of three, said that the public has been trained by the media to think of sex first when breasts are around. “I think part of the problem is that boobs have become such sexualized objects that people forget what they were intended for initially,” she shared. “I think with the growing number of breastfeeding women that this will eventually not be an issue.”

Gwenn, mother of one, has nursed in a grocery store and had no problems doing so. “Sometimes an infant needs to eat before Mom can finish the weekly shopping,” she said. “I have never received a negative comment, but then I don’t seek approval from others in the first place for this choice.”

Kahne’s public image took a huge hit, understandably, after making the comments. Jen from Canada said, “Does anyone actually care what this guy says? He responded to someone with ‘and your a dumb b***h!’ I mean really, why would anyone take him seriously on his grammar alone?”

Dani, mother of one, lamented, “I’m a lifelong NASCAR fan and his stupid comment made me feel ashamed of my love for the sport for the first time in many years.”

Rebecca from Missouri shared, “His comments are so ignorant. I have no idea why breastfeeding in public is a big deal to people. I don’t get it… as a woman, seeing other women feeding their children seems perfectly normal to me.”

What do you think about Kasey Kahne’s remarks on breastfeeding in public?

13 hrs ago
by Sarah Cottrell