A school is accused of putting a 9-year-old boy who has autism into a duffel bag as punishment. An online petition calling for the dismissal of those responsible collected over 10,000 signatures within the first 24 hours. Did the school have the right to discipline the boy in this manner, and what action should the school district take to correct the situation? Read on! 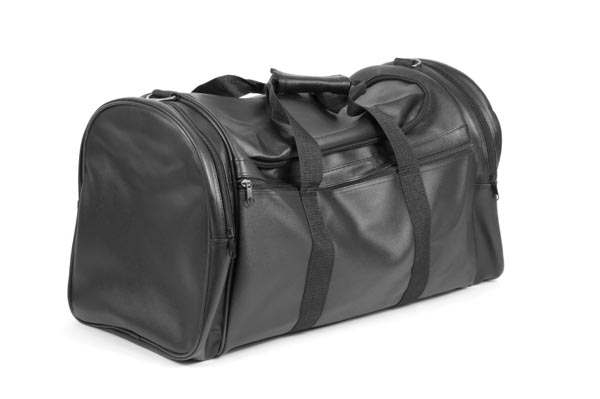 On Dec. 14, 9-year-old Christopher Baker’s mother, Sandra, heard him calling out to her as she walked to his classroom to pick him up after a troubled morning at school. She was shocked to look down and find his voice coming from a duffel bag on the floor, with its opening cinched shut. Baker’s teachers had allegedly elected to place him in what was described to the mother as a therapy bag after they said he smirked at his teacher and threw a ball across the room.

Not the first time

Diagnosed with autism, Chris goes to school at Mercer County Intermediate School in Harrodsburg, Kentucky, where he attends classes designed for children with special needs. His morning went poorly and his mother was called to the school to pick up her son, which is when she discovered him in the bag.

When Baker demanded her son be set free, the teacher’s aide struggled to release the drawstring. Chris was sweaty and upset when he emerged. In a meeting with the school a few days later, officials told his mother that this wasn’t the first time the boy had been placed in the bag in an attempt to control his autistic behavior and they made no guarantees that it would not happen again.

Lydia Brown, an 18-year-old Georgetown University freshman who has autism, started an online petition at change.org after learning about the Bakers’ story. “That would not be wrong just for an autistic student,” said Brown. “That would be wrong to do to anyone.”

“Clearly there is anger over the alleged treatment of this boy, and the growth of this campaign is quite remarkable,” said Benjamin Joffe-Walt, director of communications for Change.org, the world’s fastest growing online campaigns platform. “Armed with only a laptop and without any funding or support, [Brown] has recruited more than 10,000 supporters in less than 24 hours, with dozens joining every minute. It will be very interesting to see what happens next week.”

Advocates for the autistic and parents everywhere are understandably up in arms over this issue. Ashley, mother of two, stated, “I want to tear legs off and I’m not the kid’s parent. Infuriating, disgusting, definitely warrants termination.”

Missouri mom Sarah pointed out that this sort of punishment sounds like cruel and unusual treatment to her. “Regardless of who the student was and the student’s behavior issues or disability status, this type of treatment would not be allowed by any prison or even our government in regard to convicted offenders of violent crime,” she shared.

Debbie from Wisconsin agrees. “I am willing to bet my life on the fact that stuffing a child in a duffel bag does not meet any educational or medical definition of a proper restraint method,” she said.

As for the employees responsible? Sarah had this to say. “I refuse to comment about what I would likely have done if it was my child who’d been tortured like this by anyone, let alone the very people I entrust with his safety and required education!”

What do you think about the way Christopher Baker was treated? Is it ever acceptable to put a child in a duffle bag?!

Could a big head mean autism?
The basics of autism: An overview
Keeping your autistic child safe: Practical tips for parents