Swirling in the parenting trenches in 2011 was the controversy over Amy Chua’s book, Battle Hymn of the Tiger Mom. Chua believes Western parents don’t raise their children to excel. What do you think? 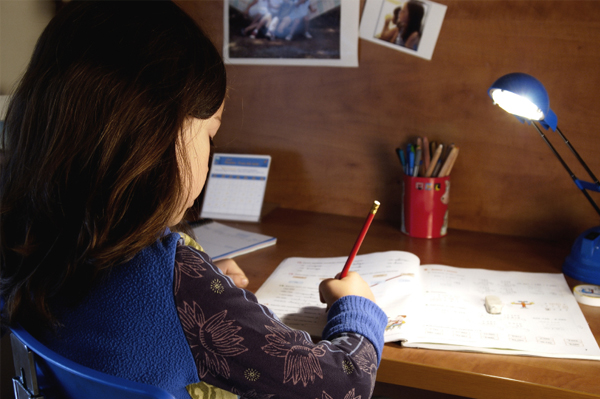 Amy Chua makes no apologies because she once called her daughter “garbage.” As a child, her father called her garbage after she was disrespectful to her mother. “It worked really well. I felt terrible and deeply ashamed of what I had done. But it didn’t damage my self-esteem,” Chua writes in her Jan. 8, 2011, article for The Wall Street Journal online.

Chua says Chinese moms and dads demand their kids respect them and excel, forcing children by cultural default to live up to their parents’ highest expectations in every area: discipline, school, music and even appearance.

This means getting all A’s, ranking number one in every subject except for drama and gym, and playing only piano or violin. By contrast, writes Chua, Western parents focus on building self-esteem.

The three “rules” of Chinese parenting

“I’ve thought long and hard about how Chinese parents can get away with what they do,” she says. There are three key differences, Chua feels, between the Western and Chinese parental mind-set:

Self-esteem. “Western parents are concerned about their children’s psyches. Chinese parents aren’t. They assume strength, not fragility, and as a result they behave very differently,” she says.

Entitlement in reverse. “Chinese parents believe their kids owe them everything. The reason for this is a little unclear, but it’s probably a combination of Confucian filial piety and the fact that the parents have sacrificed and done so much for their children,” says Chua. In return for their investment, Chinese parents feel children owe them excellence. Western parents on the other hand, don’t think their kids are permanently indebted.

Mother knows best. “Chinese parents believe they know what is best for their children and therefore override all of their children’s own desires and preferences,” says Chua. This means kids can forget about:

Moms weigh in about Tiger Mom

Writes Barbara, mom of two, “I found her parenting strategy to be very intriguing. Although it appalls our western culture as being too harsh, it does release into society extremely intelligent, successful, productive young adults. But one has to ask, ‘at what expense?'”

“She takes good elements to the extreme,” says Lisa. “I agree with setting high standards for your kids, not overindulging them and believing in them, but making kids practice piano for four plus hours straight without food or bathroom breaks? No way,” she says. “Rejecting a hand-made card from your kid because it’s not good enough? That’s just mean. Kids need free, unstructured time to daydream and pursue their own hobbies. They need to hang out with their friends. They need encouragement, not a drill sergeant. They need balance, not extremism.”

Eileen writes, “Whilst I don’t think we should be encouraging the ‘A for effort’ mindset, and I do think that kids need structure and reliable rules with reliable enforcement, I thought her argument was B.S., mostly a canny marketing ‘mothering via cultural stereotype.'”

For me? I’m all for encouraging excellence in our kids, but I default to positive reinforcement and parenting according to my daughter’s personality and needs, not making her live up to strictly my agendas. Children aren’t robots we program to stroke our egos. They’re unique individuals we firmly, but lovingly guide while they come into their own.

What do you think about the Tiger Mom parenting philosophy? Share your opinion on the comments section below.