Mother and baby outcomes in the island nation of Indonesia are less than ideal, with a high infant mortality rate and unequal access to prenatal medical care. American Robin Lim has been awarded CNN’s Hero of the Year award for bringing free care to the mothers of Indonesia. Read on to learn more about her inspiring story. 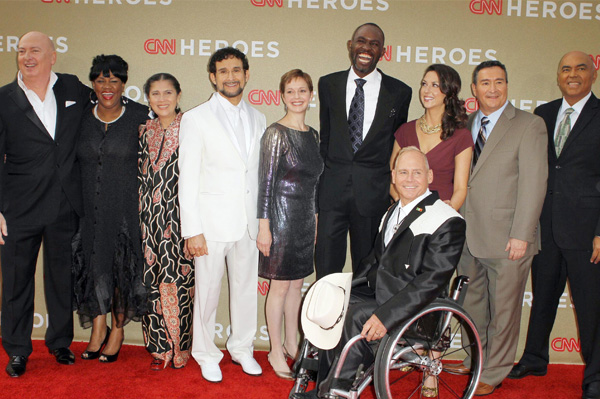 A lack of education, access to birth control and money are all contributing factors to the poor outcomes of many mothers giving birth in Indonesia today, but Robin Lim has done her part in the southeast Asian country by providing prenatal care and birth services at no cost. Her clinics, called Yayasan Bumi Sehat (Healthy Mother Earth Foundation), give Indonesian mothers a chance at an attended delivery and excellent care — for no charge.

With an average daily family income of around $8, many women in Indonesia are unable to afford prenatal care or a hospital delivery. Some hospitals will even hold a newborn baby until the medical bill is paid in full, restricting the new mom’s access to her infant and sometimes even forcing her to decide to give her little one for adoption if the bill remain unpaid.

A mother is often only allowed to see, feed and diaper her baby twice a day during this time, which is heartbreaking and difficult for any new mom to deal with.

Lim and her husband moved to their new island home on Bali after she suffered several personal tragedies, including the death of her sister who passed away from a complication during her third pregnancy. Lim grew up in a military family while her father was stationed in Indonesia and has always felt at home in southeast Asia, so she and her husband chose the area to start a new life.

While Lim didn’t set out to become a midwife, she found herself volunteering to accompany other midwives while they went about their duties. She was soon certified in midwifery and in 2003, she opened her first clinic with the help of the local community and worldwide donations. A second clinic was opened in 2004, and together they have helped birth over 5,000 babies — many whose parents don’t have anything but mangoes to give for payment.

CNN Hero of the Year

Mother Robin, or Ibu Robin (as she is called by the locals she cares for), was nominated for CNN’s Hero of the Year for her selfless dedication to low-income women in Indonesia. Online voters decided that she should be the recipient of a $250,000 award to be dedicated towards her cause — money that will be put toward funding her clinic and helping even more mothers safely birth their babies.

4 mins ago
by Sydni Ellis