New mom Alyssa Milano breastfeeds her son Milo. However, she recently revealed that she doesn’t like to do it in public for fear the paparazzi will snap a picture of her. Angelina Jolie, on the other hand, was on the cover of a magazine nursing one of her twins. Learn about other celebrity moms who breastfed their babies, including those who nurse in public. 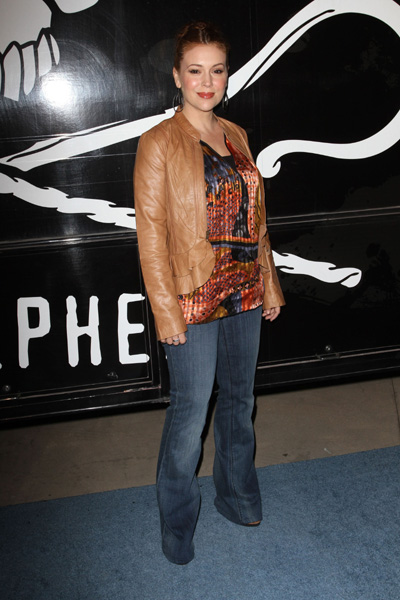 Alyssa Milano loves the “closeness” that breastfeeding her baby son Milo brings, but admits that it does have its challenges. “The biggest surprise was how something that is so natural can be so awkward in the beginning,” she told Best for Babes. One of the biggest challenges for Milano? Breastfeeding in public.

“I wish I could breastfeed in public without feeling as though a picture would show up on TMZ,” she said. “I’ve breastfed Milo in my car numerous times and in fitting rooms at stores. But mostly, when we go out I bring a bottle of expressed milk because sadly, I’m just not comfortable feeding him in public.”

Luckily, she does have plenty of support with her million followers and she often tweets baby questions and gives her own advice. “People are very weird when it comes to BFing. It puts so much needless pressure and stress on the mommy,” she wrote in response to one follower who said she felt guilty when her milk didn’t come in.

In a Pandemic, Abused Kids Are in Even More Danger Than Usual

Your Kid Can Now Have a Playdate With Elmo & Anne Hathaway

Great Lessons Even Non-Jewish Kids Can Learn From Passover