Scientists have deconstructed the temper tantrum and found a distinct pattern, right down to the pitch of the screams. So, if you see your child flailing his arms and screaming louder than Mariah Carey hitting a seventh octave C, you can rest assured this is perfectly normal behavior. 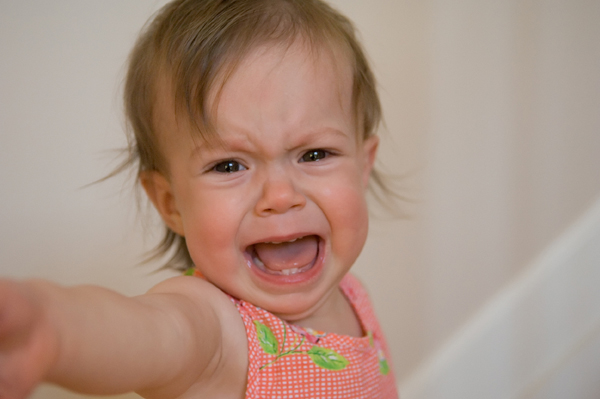 It turns out those seemingly random fits of rage and uncontrollable emotion we parents know as temper tantrums are as predictable as the road maps in our cars. According to a new study by researchers at the University of Minnesota and University of Connecticut, tantrums follow predictable patterns, oscillating between anger and sadness. Once parents understand the rudimentary makeup of tantrums, they can respond more effectively to their children.

The findings, published in the psychology journal Emotions, said the fits of screaming, shrieking, wailing and everything else that makes up a childhood meltdown are all too predictable and even follow a rhythm. Scientists placed wireless microphones into the participating children’s onesies to record their emotions for hours at a time. The recordings yielded an opportunity to study the tantrums of these children in an up close and personal fashion. And after researchers listened to what one could assume was far too many tantrums, one thing was clear: They were all similar.

“Young children’s temper tantrums offer a unique window into the expression and regulation of strong emotions,” the study said. “Previous work, largely based on parental report, suggests that two emotions, anger and sadness, have different behavioral manifestations and different time courses within tantrums.”

Researchers speculate that tantrums may be caused by an over-stimulation of the child’s brain. Therefore, asking your child questions during a meltdown only propels the fit further. The best advice for a parent is to do nothing. Let the child pass the point of extreme anger and venture into the realm of sadness. A child will reach out for reassurance once she’s here. If you follow these patterns and intervene at the appropriate time, you can once again be her hero.

According to researchers, children have recognizable peaks and valleys. Listen to the intensity of the scream before responding. If it sounds loud and full-throttle, your child is likely in an anger peak.