Whether you’re talking about parts of parenthood that dads have no personal experience with, like pregnancy hormones, or those that some might grumble about, like changing diapers, I’m here to share my perspective. Get ready for my take on pregnancy, babies and fatherhood. 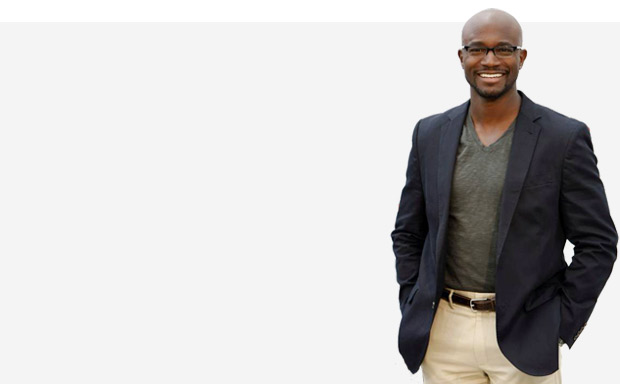 Diggs on
Pregnancy and babies

Whether you’re talking about parts of parenthood that dads have no personal experience with, like pregnancy hormones, or those that some might grumble about, like changing diapers, I’m here to share my perspective. Get ready for my take on pregnancy, babies and fatherhood.

You might be surprised by my take on changing diapers, but I grew up as the oldest in a family of five, so I changed all of my siblings’ diapers. When it comes to fatherhood, we’re playing catch-up. I can’t carry a baby or breastfeed, but I sure can change a dirty diaper.

With my son Walker, I wanted to be there as much as possible and changing his diapers was just one of the ways I could accomplish that. If we dads think about it in that manner — spending as much time with our babies as possible — it’s about more than a stinky diaper.

He’s an expert diaper changer and an author! Check out Taye Diggs’ children’s book, Chocolate Me! >>

Nighttime duty can be tricky. I’ll admit it. I can be a little vulnerable when I’m overtired. I tried to be there as much as possible, but my wife, Idina, took the lead until Walker was older.

Because she breastfed and didn’t want to pump for night feedings, I couldn’t provide what she could at night. For some families, dads can take over at night, but for our situation, it worked best for Idina to run the middle of the night show. Much like many aspects of parenting, each family has to do what’s best for them.

Oh, pregnancy hormones. Dads, you just have to constantly breathe! Step back, take a breath and exhale. It helps to read a little bit about pregnancy to gain insight into what your wife or partner is going through because — trust me — there’s no way we can understand.

Just keep telling yourself this is temporary and you’re not the one experiencing it. And did I mention you should a deep breath or two?!

Pregnancy cravings can be fun, but I don’t necessary suggest you partake. My wife’s crazy craving was blueberries, so it wasn’t a big deal if I got in on the fun, but if your partner’s pregnancy craving happens to be ice cream or something else, I suggest you let her go for it and don’t get involved. You’re still eating for one!

Pregnancy cravings are kind of crazy. They’re serious and then one day, just like that, they’re over. 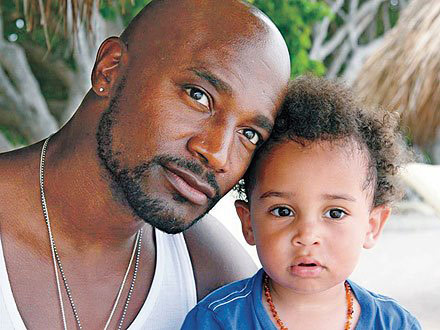 The highlights of fatherhood

We dads all have our favorite parts, but for me — because my son is two now and getting older so quickly — I love those moments when he’s so tired that he can’t help but hold onto me. Whether it’s early in the morning or late at night, those are my moments. He holds me just like he did when he was a baby.

My least favorite part of parenting

The part of fatherhood that I’m having the most difficult time with is the fear. I’ve never experienced this kind of love before. I didn’t now I was capable of caring so much for another human being. I just wasn’t prepared for the amount of love I’d feel… or the amount of fear.

Sometimes, my mind goes crazy with the scary possibilities. So I just talk myself out of that moment and focus on the present. Being a dad as taught me how helpless I can feel. And while that’s hard sometimes, it’s worth every single minute of worry.

9 mins ago
by Rita Templeton