Most adults will admit to having their first drink before age 21 and many kids these days experiment with alcohol in their early teens. Be prepared for the possibility that your teen may be drinking alcohol. Make a game plan on how to deal with teenage drinking. 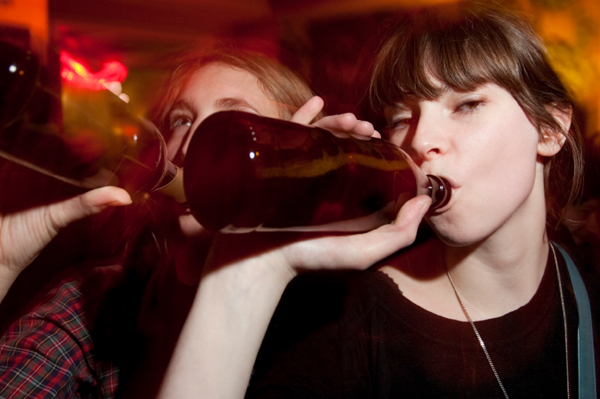 Underage drinking should be a non-negotiable topic. If you don’t want your teens to drink alcohol, you shouldn’t allow them to drink at home under your supervision or for special occasions. Make your stance ultimately clear to your teens. Teenage drinking is either allowed in your family or it’s not. Some parents choose to host teen drinking parties, thinking that they’ll be able to control what’s going on under their own roof and avoid circumstances of drunk driving. We don’t recommend supplying underage drinkers with alcohol. It’s not only illegal, it’s extremely dangerous.

Many parents believe that if they allow their teens to drink in moderation at home, they’ll be less likely to drink elsewhere. Several studies have shown that this simply isn’t true. Alcohol researcher Caitlin Abar from Pennsylvania State University revealed in her study last year that parents who disapproved completely of underage alcohol use had children who engaged in less drinking once in college. However, parents who were permissive about teenage drinking in high school tended to have children who engaged in more excessive binge drinking in their college years.

A zero tolerance policy won’t insure your teens won’t drink now or in college. However, teenagers from such households do have a tendency to drink less.

Read more about teens and alcohol >>

Parents shouldn’t expect their teens to be alcohol-free if Mom and Dad drink excessively every weekend. Remove temptations from your household by eliminating liquor (or locking it up) and setting a good example. It’s certainly okay to have a glass or two of wine with dinner, but if your teen sees you polishing off a bottle of hard alcohol on a regular basis, you aren’t being a good role model. If your children are going to drink when they are of legal age, they should do so moderately and responsibly.

You should have a plan of consequences for how to deal with teenage drinking before any incidents even occur. Make sure your kids are aware of what will happen if they get caught drinking alcohol. If your teen drinks and drives, take his/her driver’s license away. And not just for a week — for a significant period of time. Also consider involving your teenager in an alcohol education classes or refer them to books or websites on the subject. Check out The Cool Spot, where teens can find facts about alcohol, how to deal with peer pressure, the dangers of alcohol poisoning and more.

No matter what you do, you can’t be 100 percent sure that your teens won’t drink alcohol when they are out of your sight. Make sure that they understand that no matter what time it is, where they are or how drunk they are, you will come pick them up if they call. Your children shouldn’t be so afraid of the consequences at home that they risk their lives and get behind the wheel while intoxicated or get into the car with someone else who is driving drunk.

If you suspect your teen has developed a drinking problem, reach out for professional help. Alcoholics Anonymous, family counselors and other experts can assist teens and families in crisis. If you are looking for alcohol abuse treatment programs in your area, use the facility locator on the Substance Abuse & Mental Health Services Administration (SAMHSA) website. The Teens Health site also has some good information on where to get help.

Read about the signs your teen is drinking >>

Speaking of teenage drinking, check out our must-read book pick, Night Road by Kristin Hannah, a great fiction read that raises questions about teenage drinking, teenage romance, parenthood and the unforgettable story about one family and the pain of loss and power of forgiveness. Head to our new SheKnows Book Lounge now.

Should you lock alcohol away from teens?
Talking to teens about drugs
Parents open door to drinking for many teens