After wearing a loose, flowing dress to her recent movie premiere, Indie darling Maggie Gyllenhaal confirmed she is expecting her second baby with husband Peter Sarsgaard. 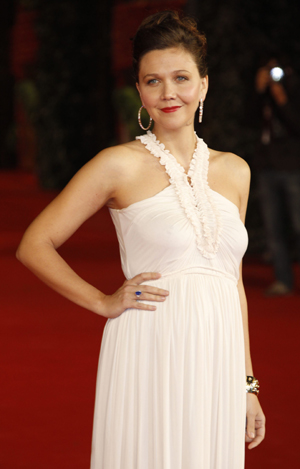 Actress Maggie Gyllenhaal had many people speculating she was pregnant again when she arrived at her Hysteria movie premiere at the Rome Film Festival wearing a white, flowing dress that seemed to be hiding a tiny baby bump. The 34-year-old actress has now confirmed that she and Peter Sarsgaard are indeed expecting their second child.

“Over Thanksgiving weekend, Maggie was telling friends that she’s six months pregnant,” a friend of Gyllenhaal tells Life & Style. “Her bump is so big!”

The Crazy Heart actress loves being a hands-on mom to 5-year-old Ramona and is often spotted taking her to school and playing in the park in her Brooklyn neighborhood.

“She’s thrilled to be pregnant!” the friend continued. “She and Peter have wanted another child for a while. They’re very happy that they’ll have another baby in the house soon.”

While some moms are bursting at the seams when they learn they’re pregnant, others like to keep the news to themselves for a while. But what happens when you begin to show before you’re ready to tell? Take a page out of the book of some of our favorite celebrity moms, including Gyllenhaal and Gwen Stefani.

They have a few tricks for hiding their baby bumps when they aren’t quite ready to spill the beans. Long, flowing dresses and gauzy tunic tops are a huge trend right now and are perfect for hiding a baby bump without making it obvious.

Another trick is to pair a flowing top with a ruffled or embellished neckline with skinny jeans and boots for the perfect early pregnancy look. Eye-catching accessories, such as a fabulous bag or colorful scarf, are another way to draw the attention away from the belly.

Uncle Jake Gyllenhaal, pictured below with sis Maggie, is also reportedly excited about the new addition to the family -– which makes some of us mamas love him even more. “Jake is so happy that she’s pregnant again because he loves kids,” the friend reveals. “Maggie’s said that he’s the best uncle and has done a lot of sweet things for her first child.”

Hmm… I wonder if I can talk him into babysitting my kids? 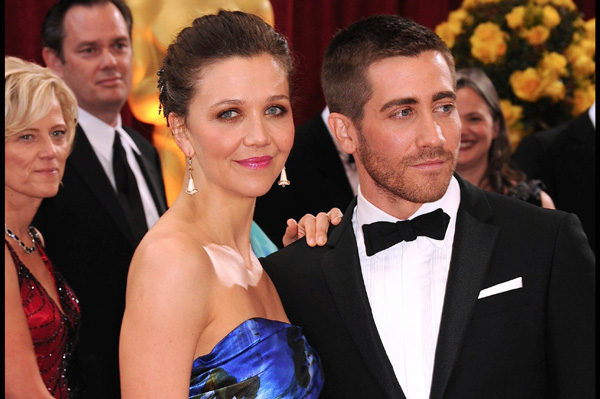 Juggling motherhood and a career

The busy actress, who has appeared in hits like The Dark Knight and Nanny McPhee, admits that it can be tough juggling motherhood and a career.

“I had about five movies that came out while I was pregnant [with Ramona] and, although I was nauseous at the beginning, I was able to promote them. Then Ramona was born and I couldn’t even pick up the phone to do an interview,” she told the Herald Sun.” I love work my work, but I also love my daughter and family. And the amount of work it takes to be a mom is greater than anything else it brings you to your knees. I can’t do it all perfectly be any means.”