As if the child sexual abuse allegations coming out of Penn State aren’t horrifying enough for parents around America, the story continues to evolve as more information is revealed. Reports indicate that one of Jerry Sandusky’s victims has been bullied out of school after legendary coach Joe Paterno was ousted from his position as Penn State’s head football coach. Read on to learn more and how bullying remains a widespread problem in our schools today. 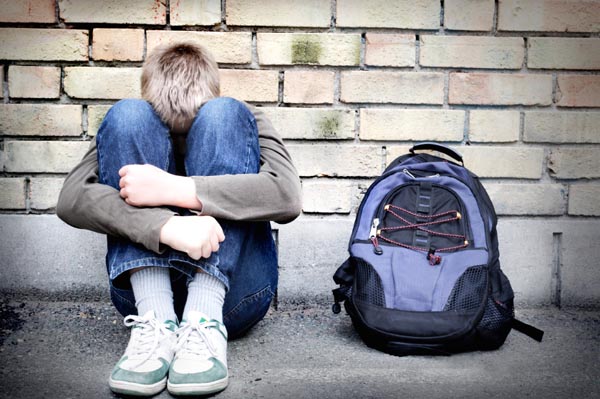 Forty child sex abuse charges were brought against Jerry Sandusky on Nov. 4, 2011, leading to a veritable media firestorm that resulted in the dismissal of several Penn State employees, including the university’s head football coach, Joe Paterno. He holds the record for the most wins by a head coach in Division I-A football.

Sandusky, a former assistant coach and defensive coordinator for the football team, was accused of not only sexually abusing many boys during his tenure as a coach and after, but also bringing them on campus.

Joe Paterno became involved when assistant coach Mike McQueary testified that he had observed Sandusky raping a 10-year-old boy in the school’s showers and reported it to Paterno, who in turn reported it to athletic director Tim Curley.

Instead of reporting it to police, the school president, Graham Spanier, ordered Sandusky not to bring any more children into the football building. The cover-up has led to the outrage of parents around the country and directly led to several dismissals at the university.

The investigation is ongoing, but the scandal has far-reaching implications, both in the college sports world as well as with the new twist that has surfaced regarding one of Sandusky’s victims. Known as Victim 1 in Sandusky’s grand jury report, recent reports say he has now been bullied and harassed out of his high school for his undesirable role in the scandal.

Surprisingly, some have sided with the once-beloved Paterno and others have lashed out against the one who they blame for his ouster from Penn State. Bullying has effects that last far into adulthood — and it’s the last thing a child, or now a young man, needs in addition to the abuse he suffered at the hands of an adult he trusted.

The effects of bullying

“Bullying may seriously affect the psychosocial functioning, academic work and the physical health of children who are targeted,” said Dr. Susan Limber, developmental psychologist and associate director of the Institute on Family and Neighborhood Life.

“Some consequences of bullying may persist into early adult years. In a longitudinal study of males in their early 20s, [it was] found that those who had been bullied in school (during grades six to nine) were more depressed and had lower self-esteem than their non-bullied peers. These results were observed even though as young adults they were no longer victims of bullying and no longer exhibited other signs of victimization.”

We asked a few moms about bullying they may have experienced and they reported similar, long-lasting effects from the torment they received as children. Brooke from California shared, “When I was in the fourth grade, I was kinda chubby and got made fun of a lot.” She went on her first diet at the tender age of nine and continues to feel the pain years later. “I think what those boys did still affects me. I’ll always have body issues no matter what my size,” she said.

What is being done?

Many schools have implemented a zero-tolerance bullying policy, but it doesn’t seem to be enough, some parents say. Sarah, mother of two boys, lamented, “And why are the adults at their school continuing to turn an exasperated ‘blind’ eye to the purposeful and soul-scarring damage being done to the precious, fragile, and irreplaceable souls in their charge?”

In the Penn State case, Victim 1, despite all his hardships, is looking forward to his day in court. We, as parents, should monitor our children both for signs of being bullied as well as signs they are a bully. It can stop with us.

Stop online bullies from harassing your child
What to do when your child is being bullied
Suicide, bullying and kid safety: Today’s biggest dangers