Though her older sister Kim Kardashian is still in the spotlight due to the end of her not-even-three-month marriage, little sis Kendall Jenner was the star of the family this weekend. Kendall spent the weekend celebrating her 16th birthday in style and she received an amazing gift from her family. But was it appropriate? 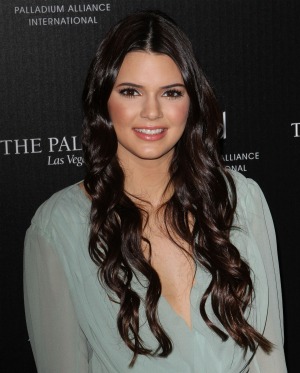 Kendall Jenner spent Saturday night out with her friends and relatives at her Sweet 16 party. The bash took place at the Andaz Hotel in Hollywood and the VIP guest list, of course, included her sisters Khloe and Kim Kardashian and the rest of the family, including Khloe’s husband Lamar Odom of the Los Angeles Lakers.

Many girls get new cars for their Sweet 16, but not many get a brand new 2012 black Range Rover valued at $90,000 like Kendall did. When you are part of the Kardashian family, everything is over the top.

“Kendall was thrilled and jumped right in the car with friends,” an insider told Us Weekly. “She spent about fifteen minutes in there checking everything out, oohing and aahing over the car. She was in the driver’s seat and her friends were crowding around her inside the car.”

How young is too young for an expensive car?

When you see a young celebrity with access to a lot of money, it begs the question, “How much is too much?” Should a 16-year-old girl, no matter her status, get a $90,000 vehicle as a birthday gift?

On one side of the coin, you could say that she’s accustomed to a certain level of wealth and a $90,000 SUV to her might be equivalent to a $9,000 car to most teens. However, some would argue that you can’t just hand over the keys to something that expensive (and the responsibility that comes with it) to anyone so young. Your average 16-year-old doesn’t have the maturity or common sense to handle something that expensive. Yet Jenner isn’t your average 16-year-old.

How young is too young for someone to get a car like Kendall Jenner received for her 16th birthday? Share in the comments.

More about the Kardashians