Kids can come up with the funniest ideas and sayings that keep parents in stitches. Their observations are real and honest, but sometimes come out as great one-liners. Here are some real moms sharing funny things their kids say. 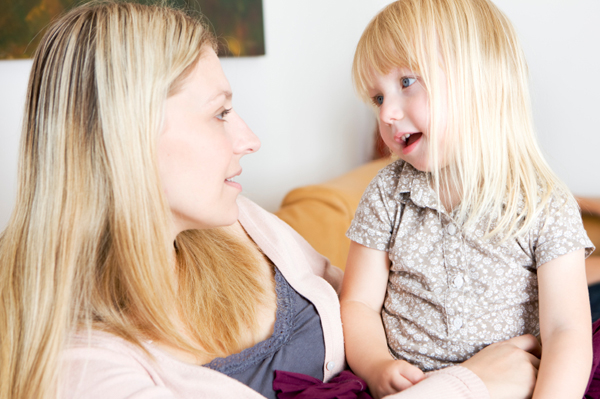 Karen Craigs, mother of two little girls ages four and seven, was gardening one day at her Bloomington, Illinois home with her four-year old, Tamera. When Karen accidentally dropped her spade, she said, “Oops-a-daisy!” When little Tamera asked why she said that, Karen explained that it is just something she says when she has a small accident. A few days later, Tamera dropped her doll on the sidewalk as they were getting into their van. “Oops-a-tulip!” she said.

Sally Comollo, mother of two young boys in Holliston, Massachusetts, said that once when she had taken her eight-year old son, Ryder, into the ladies room he noticed the feminine product dispenser on the wall. He turned to her and said, “Whoa, fifty-cents just for a napkin? That’s a rip-off!”

When Hurricane Irene was heading toward Loulie Scharf’s home in Wilmington, North Carolina, they made the decision to ride out the storm and not evacuate. After the hurricane passed, her nine-year old daughter, Berkeley, said, “I’m glad we didn’t evaporate!”

Kristy Henson, stay-at-home mother of three boys ages two, four and eight, admits she likes to indulge herself for one hour a day watching her favorite soap opera on television. While her youngest child naps, she gets her other two boys settled down with an activity, and then tells them she is going to watch her soap. One day her four-year old son, Gavin, asked her why her soap was always so dirty. Confused, she asked him what he meant. Gavin explained, “You always say you have to wash your soap.”

Miriam Johnson, mother of five children between the ages of five and 12, lives in a rural area in Michigan, not far from the children’s school. Each day, the older children walk with the younger children to school. One day, five-year old Michael came back home only a few minutes after leaving with the other kids. “Why aren’t you at school?” Miriam asked him. With a serious expression on his face, Michael told her, “A sign said ‘No Treepassing.'”  (No Trespassing).

One day Laura Hedlund-Locke, mother to three-year old Henry and mother-to-be of her second child, was explaining to Henry that she would be gone overnight so his grandma could go to her doctor’s appointment. Henry looked at her and asked, “Does Grandma have a baby in her belly too?”

Deanna Kloostra of Grand Rapids, Michigan shared that when her daughter was two years old, she fell on the wet floor getting out of the bathtub and passed out. They called 911, and her daughter rode in an ambulance to the hospital. The next day while on the phone to her sister, Deanna says that her daughter told her aunt she had gone with the aliens.

Shauna Williams of St. Paul, Minnesota told her six-year old son, Derek, they had to go to the doctor for a flu shot. Her son said insistently, “But I don’t want the flu!”

Sarah Johannson, mother of two young children in Virginia Beach, Virginia, said that last winter when she told her four-year old son, Jonah, that they would be flying to Disney World he excitedly asked her if they’d be taking a spaceship. When she asked him why he thought that, he replied, “You said we’re going to another world. Won’t we need a spaceship for that?”

Jeanie Cullip, mother of five children all under the age of 11, was reading a book about the creation of the heavens and the earth to her children. Jeanie read, “Day two, God divided the air from the water and named the air, sky. The next day, God made something many children like, especially in the summer. Can you guess what it is?” Her son shouted out, “Sprinklers!”

Funny and embarrassing things kids say
How to gracefully handle your child’s embarrassing remarks
Real moms share: Why my husband is a great dad