There is a lot of love within a family, but there can also be a lot of tension, conflict and rivalry. Real moms share their strategies and techniques for keeping the peace at home. 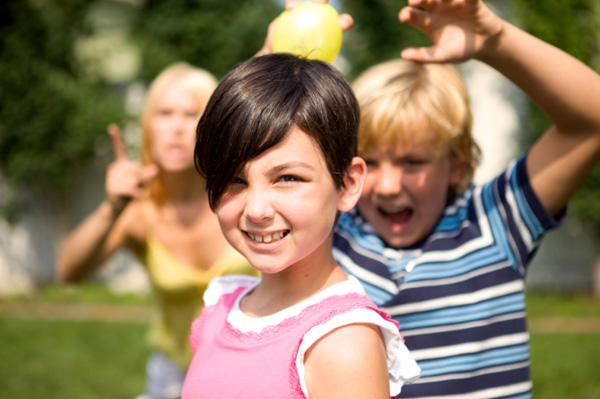 Vanessa is the mom of three boys and a girl, but says it sometimes feels like more. “When the kids are fighting, it’s like a prison riot — everyone is yelling, no one is listening and things start to get physical.”

Vanessa ends the craziness by sending everyone to their rooms. “I remind the kids that it takes at least two people to have a fight, so no one brother or sister is to blame.” In their “cells,” the kids can calm down so that eventually the family can come together and talk about it. Or not.

“Sometimes, it’s just easier to let the drama go and move on.”

Stay out of it

Pam has two boys and two girls, all under the age of 13. “If I don’t get involved, the kids quiet down sooner because they know I’m not going to come running to anyone’s rescue. I only step in if I think someone might get physically hurt.”

It’s a good strategy, say the experts at Kids Health.org. Parents who always intervene may inhibit their children’s ability to learn how to work out problems on their own. Squabbling with brothers and sisters is actually a very effective way to learn conflict-resolution and other life-long skills.

Don’t always give in to the youngest

Ginny has two daughters who are constantly at each other’s throats. “My younger daughter is loud and screams bloody murder every time her sister even looks at her the wrong way. I’d always blame our older daughter because she ‘should know better,’ but it soon became clear that the little one was usually the instigator.”

Promote a “team mentality” in your family >>

Mike is divorced and raising his 7-year-old daughter. “She’s spoiled, pure and simple,” says Mike. “Some of the spoiling happened because I felt guilty about the divorce, and it got worse because I just couldn’t stand hearing her whine.”

Mike found that he could keep peace if he just found a way to distract his daughter. “If she was whining about wanting to watch more TV, I’d suggest we do something else. One of the best things that happened was the more quality time I spent with her, the less she whined. She’s come a long way… and so have I.”

Is sibling rivalry a developmental phase? >>

“We have house rules, and ‘no fighting’ is one of them,” says Debbie, a mother of three very active young boys. “The boys can wrestle and tussle, but if anyone gets physical at a brother when he’s angry, he’ll be disciplined.” And in Debbie’s household, that means going to court — family court.

“The kids know they shouldn’t hit, call names, throw things or slam doors, and when one of them breaks the rules, the others help decide what the consequences are.”

Let your kids have input on the rules and consequences to teach them that they’re responsible for their own actions, no matter what “Brother” did to upset them.