It’s true. Life can be pretty dramatic. You’ve heard the adage: “Truth is stranger than fiction.” Well, real life can be more dramatic than many Tony-winning Broadway productions — and that’s before we add to the drama with exaggeration and inflating issues for our own attention-getting benefit. There’s enough big stuff to go around that we really don’t need to create drama in our lives. Get some perspective on where you’re at — and don’t be a drama queen. 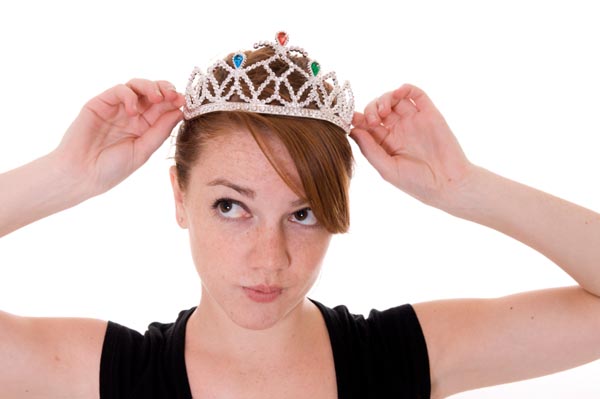 It’s easy to get into a drama queen cycle. Yeah, you know it is. The life you’ve worked hard to build for yourself can feel a little stale at times. You may wonder what you are doing here in the suburbs! Without even realizing it, you can start to be one who creates a little drama out of the little things in that carefully created life. A touch of drama in the ‘hood certainly creates a little more day-to-day interest — a slight embellishment to what the new neighbor said or what the local grouch barked doesn’t hurt anyone, right? But is it the right thing to do? And are you moving from the occasional drama to becoming a drama queen?

Just about everyone throws a tantrum now and then. Something happens, or a series of things happen, and you snap a bit. You get angry, maybe a little unnecessarily so, and you rant and rave and scare the heck out of your family. While your tantrum may not mirror your toddler’s (because throwing yourself on the floor at the mall and screaming until you get your way or are carried out will only get a thirty-something mom a ticket to embarrassment central), they do sometimes happen.

Perhaps those occasional tantrums serve a role in your family dynamic to get attention on some bigger issues that need addressing. But this isn’t about occasional tantrums. This is about when the regular, ordinary, everyday stuff is a source of high-level drama. When just about everything that happens in and out of your home, good and not-so-good, becomes such a big deal.

Not everything is a crisis

As much as some responses might indicate otherwise, not everything is a crisis or drama-worthy. Sure, the neighbor’s dog getting through the invisible fence and digging in your garden is annoying, but if it happens only once and your neighbor apologizes, it’s not worthy of phone calls to all your girlfriends with increasing exaggeration and implications of, “See what I must endure?” Must you turn a situation into something bigger than it is? Are you sure?

Is it something else?

If everything feels dramatic, maybe there’s something else going on. Could you be using this drama to divert attention from something else in your family’s life that you really should be dealing with? If you took the drama down a notch or two, would you than have to deal with some “real” issue — and does that scare you? Drama and exaggeration of the little things in life are an easy way to distract from the harder issues, but no matter how much drama you create, you’re still going to have to get to those harder issues at some point.

Try for perspective and balance

The next time you realize you’re creating drama out of nothing, try taking a deep breath and stepping back, at least mentally. What will be the benefit of creating this drama? Is this something truly drama-worthy? Or is it just a way to get attention? Drama happens, but it doesn’t have to overtake your day-to-day life.