Unless you’re hoping to get pregnant immediately after giving birth (something most doctors advise against), it’s important to start looking at your postpartum birth control options even before you have your baby. 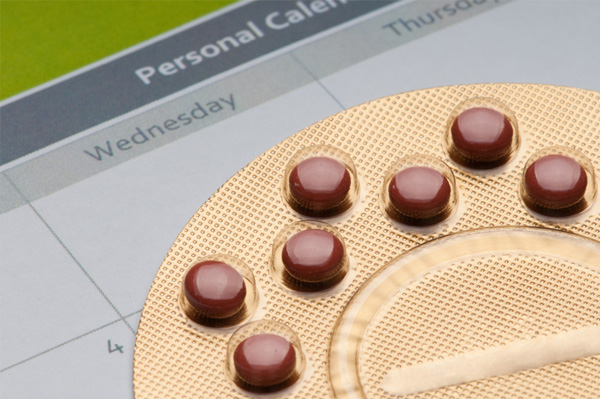 With so many options available, it can be daunting to figure out which type of method will work for you. Here’s a summary of the options you should discuss with your partner and doctor.

Birth control pills – which use hormones to suppress ovulation – are a great way to prevent pregnancy postpartum. The catch is that you have to wait at least four weeks after delivery to start using pills that contain estrogen. So the best idea before popping any of these options is to talk to your doctor. The Pill is the most famous – it contains both estrogen and progesterone – but there are also newer hormone-based methods like the NuvaRing (a transparent ring you insert into your vagina) and the Ortho Evra patch (a bandage-like patch that you put on your skin, which releases hormones into your bloodstream) to choose from. The minipill is another option, which is popular with new moms because it contains only progestin.

Outside of hormonally preventing pregnancy, there are several methods – like the diaphragm and condoms – you and your partner can use to ensure sperm never reaches an egg. The condom is an obvious choice because it can be used almost immediately after you give birth (barring any complications like vaginal tearing, which might prevent you from having sex après delivery). The bonus with condoms is that they also prevent sexually transmitted diseases. The diaphragm is a great choice for women, but shouldn’t be used until around two months after birth. You’ll also need to be fit for one of these devices by a doctor.

An intrauterine device (IUD) is a T-shaped mechanism that’s inserted into the uterus by a doctor. IUDs contain a small amount of hormones that prevent pregnancy in a similar manner to the Pill or the NuvaRing. IUDs can remain inserted for up to 10 years (though the average is five years).

If you’re not a fan of the hormonal or barrier route to stave off pregnancy, you can always rely on the au naturel rhythm method. This method teaches you to follow your monthly cycle so you can predict which days you’re most fertile (the few days before, after and during ovulation). By opting for this method, you’ll likely have to monitor your body’s temperature (it runs hotter during ovulation) as well as your cervical mucus to detect what’s happening when.

If you know for sure you don’t want any more children and are hoping to find a more permanent form of birth control, two options to look at are vasectomies and tubal sterilization. A vasectomy is a surgery performed on a man – essentially severing the two tubes that carry sperm from the testes to the scrotum; your partner will be able to ejaculate, but his semen won’t contain sperm (the stuff that fertilizes your eggs). During a tubal sterilization, a woman’s Fallopian tubes are severed so eggs will never be released to meet sperm.

• Finding time for fitness after baby

• 10 Steps to get your pre-baby body back

• 6 tips for transitioning into mommyhood