Spice up family game night by creating a tournament. You can track each family member’s progress – as well as those who have been eliminated – by using a tournament bracket. Brackets help you organize competitors and figure out who plays whom. Here’s how to make one.

Related story A Pizza-Themed Version of Monopoly Exists, & Yes, You Need It 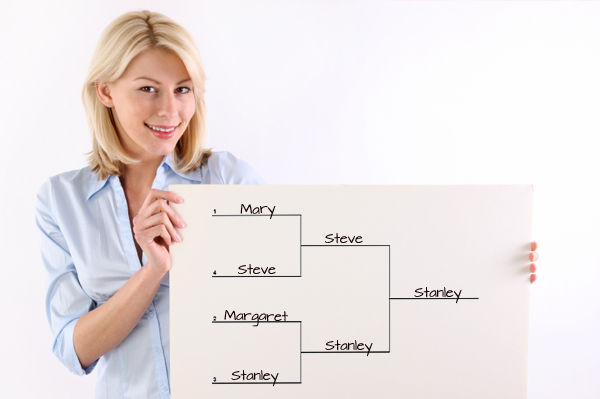 George Clooney Opens Up About Parenting Twins Ella & Alexander: ‘It is Very Fulfilling’