Adequate sleep is critical for teens. If your child gets less than eight to nine hours nightly, help him establish better sleep habits now. 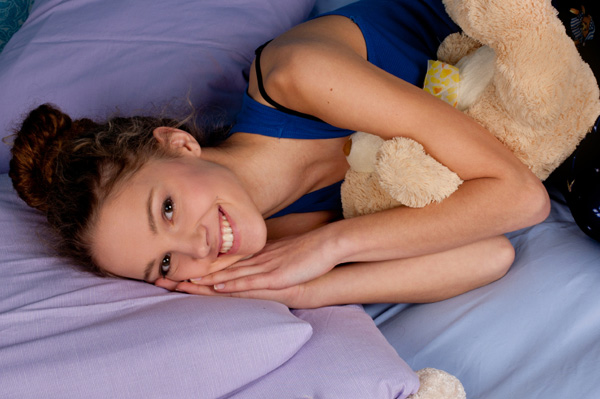 Healthy sleep habits for your teen are more than just a good idea — they are an important part of physical, mental and emotional development. Teens who are sleep deprived have difficulty concentrating, can experience feelings of sadness and depression, and put their health at risk.

The recommended amount of sleep for the average teenager is between eight and nine hours nightly. With the demands on their time — schoolwork, homework, sports, social activities — teens frequently sacrifice sleep to get it all done. Encouraging your teen to prioritize and get enough sleep will help her perform better and enhance her multitasking ways.

The changes a teenager’s body goes through make adequate sleep a requirement. Here are some helpful tips from Dr. Chelsey Ford, whose practice is pediatrics, preteens and teens:

All teens experience sleep problems occasionally, and there are physical reasons why teens have more difficulty following a sleep routine. Teens produce melatonin — a sleep inducer — later in the day than do small children and adults. The teen does not feel sleepy, causing him to stay up later. Resetting his body clock to correct poor sleep habits means establishing a routine centered around a regular, appropriate bedtime, and sticking with the routine until it becomes a habit.

As teens sleep, their brains pass through stages that are necessary for growth and development. Think of sleep as food for the brain, and you’ll realize it is not an option but a necessity. Many people believe that they can catch up on lost sleep on a weekend and it will all even out, but this simply doesn’t work. Instead, it disrupts the body clock once again. You can allow your teen to go to bed later on the weekends, but make sure he wakes up within two hours of the normal weekday schedule.

University of Minnesota professor Michael Howell says teens tend to biologically sleep in a different pattern than what school allows for: they can’t fall asleep until later in the evening and therefore have difficulty waking up as early as 6 AM. Should schools reexamine their start times to account for this?