These inspirational entrepreneurs made their dreams, and the dreams of many other people, come true. Share their stories with your children to inspire them to reach for the stars.

An entrepreneur is a person with an idea, who is responsible for the risks and outcome of making that idea — their dream — into reality. Throughout history, entrepreneurs have changed their own lives, and those of countless others, by starting businesses and contributing to society. Check out these famous enrepreneurs whose stories can be inspirational to your children: 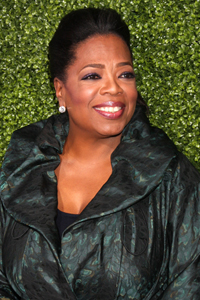 Oprah is all about living your “best life” and helping others. A broadcasting pioneer who began as a local news anchor, she soon moved on to her own local talk show and then national syndication. For 25 years she has dominated the airwaves, while expanding her brand to include a magazine and her own “O” network. She’s also an acclaimed actress and producer, internet innovator and philanthropist — the Oprah Winfrey Foundation supports education of women and Oprah’s Angel Network inspires people to make a difference in the lives of others.

The most famous entrepreneur of this era is Bill Gates, co-founder of Microsoft, whose vision was predicting the importance of the personal computer. With a personal fortune in excess of $50 billion, Gates stepped aside as CEO of Microsoft in 2000, and has since taken a considerable amount of his fortune to funnel into philanthropic causes to reduce global poverty and improve healthcare and technological awareness.

Sir Richard Branson is the heart and brains behind Virgin Records, founded when he was just 20 years old as a small mail order record retailer. In later years he also launched Virgin Atlantic Airways and Virgin Mobile. He now controls over 200 companies and 25,000 employees — and has been generous to charities throughout his life. His Virgin Healthcare Foundation focuses on AIDS and health education. 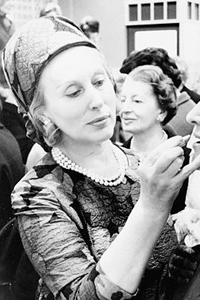 The embodiment of the American dream, this daughter of immigrants began by selling skin creams. She built her brand to a 45% market share of all cosmetics in US department stores through persistence and personality.

At age 20, Debbi Fields was a housewife needing income. Her plan? A great chocolate chip cookie recipe and lots of hard work that grew into one of the world’s most recognized dessert franchises, Mrs Fields. 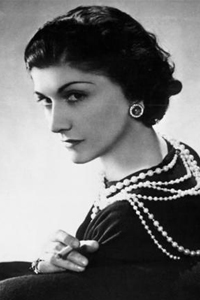 Chanel was a pivotal innovator in 20th century fashion, incorporating menswear elements into a simple and elegant style that has never lost its popularity. Her signature fragrance — Chanel No. 5 — was introduced in 1923 and is still one of the best-selling perfumes in the world.

While not the inventor of the automobile, Henry Ford had new ideas for innovations in assembly-line techniques that brought about the first mass-produced vehicles and changed the automobile industry forever. His contributions lowered costs, employed thousands and made the US a country of motorists.