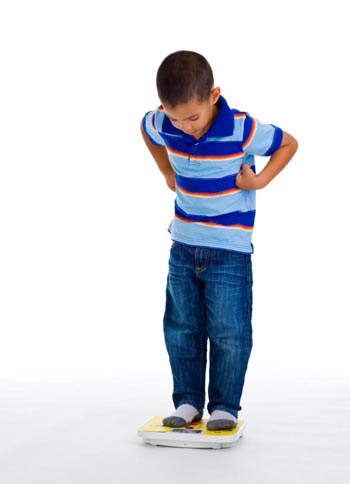 My first experience with a guy with an eating disorder occurred while I was in college. An acquaintance starting becoming noticeably thinner and thinner — and reeked of garlic.

It turns out he was struggling in school and felt out of control of his life. His self-esteem was very low and he was in a high-pressure educational environment. His response was to control what he could, and in this case he wanted to control his appearance. He convinced himself that he could look good (and maintained a sense of control) only if he consumed garlic.

It seems incongruous to us, but to this acquaintance, it made perfect sense. Eventually, thankfully, this acquaintance received help for his eating disorder — and with his schoolwork. And gender had little to do with the issue.

A recent media report out of England noting boys as young as 10 turning to purging to control weight has opened eyes on both sides of the Atlantic (and beyond). Just like girls, such behaviors have serious health impacts by creating nutritional imbalances at key growing times in a child’s life. And purging isn’t the only worrisome behavior in either gender. Use of laxatives, engaging in drastic calorie restrictions or extreme exercise are also concerning behaviors in both boys and girls.

The role of media and sports

Social pressures are just as strong in boys as they are in girls. Boys see images of especially trim male bodies in the media, and if overweight, either by a little or a lot, may experience teasing or bullying in their peer groups. Just like girls. And those trim bodied media images get lots of attention from the girls! Purging to control weight may seem logical and easy, but — just as in girls — it can become obsessive in behavior and ritualistic to the point of deteriorating health.

Boys also see particularly fit bodies in their sports heroes. In an effort to look like their heroes — and hopefully perform like them — increasing exercise dramatically and restricting food intake may seem like the right way to go…and that’s a classic anorexic response!

Eating disorders are not just an eating issue. They are very much a mind issue as well. Low self-esteem, poor body image and feeling out of control of one’s life are factors that can play into the development of an eating disorder in any person, male or female.

If you suspect your son has eating/body issues and may be at risk for developing an eating disorder, the steps you take are just the same as for your daughter. However, get professional help and get the topic out in the open. Reassure, support, get treatment — and do what it takes to get your son or daughter back on track for a healthy life.

More about kids and eating disorders

14 hrs ago
by Kyunghee Kim