A Canadian couple made the decision to raise a “genderless” baby and is doing so by not revealing the baby’s sex to anyone. Kathy Witterick and David Stocker want to raise a child who is free to be who he or she wants to be, and they feel the best way to accomplish that is by keeping the baby’s gender a secret. 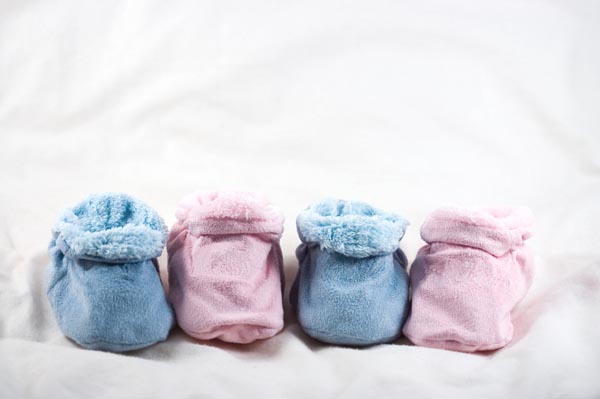 Kathy Witterick and David Stocker are the proud parents of three children — two boys, ages two and five, and a five-month-old baby…well, just a baby. Witterick and Stocker decided not to tell anyone their third baby’s gender. They named their newest baby “Storm.” According to Parentcentral.ca, the only people who know Storm’s gender are the baby’s two brothers, a close family friend and the two midwives that were present for Storm’s delivery.

“If you really want to get to know someone, you don’t ask what’s between their legs,” Stocker said. After Storm’s birth, they sent out the following email to family and friends: “We’ve decided not to share Storm’s sex for now — a tribute to freedom and choice in place of limitation, a stand up to what the world could become in Storm’s lifetime (a more progressive place? …).”

Basically, Witterick and Stocker want to raise their children to choose who they want to be. “What we noticed is that parents make so many choices for their children. It’s obnoxious,” Stocker said.

The couple feels that children receive far too many gender messages, beginning when they are babies. They are hoping to reduce those messages by keeping Storm’s gender a secret until Storm is ready to share.

While Storm’s grandparents were supportive, they didn’t appreciate having to explain the situation to their friends. And Witterick and Stocker’s decision to keep Storm’s gender a secret wasn’t quite as well-received by some of their friends. They were concerned about the child being ridiculed and bullied in school.

Taking it too far

Witterick and Stocker most certainly have a good point — our society is filled with gender-based messages, biases and stereotypes. However, many believe they are taking their point too far.

Some feel that it is a parent’s job to make decisions for their children, despite Stocker’s claim that the number of choices parents make is “obnoxious.” “There’s a difference between making decisions for a child (a child that doesn’t have the capacity to make rational choices) and creating more challenges, more difficulty for an individual’s childhood — the natural progression of learning independence, identity and forming a personality — which starts at a very young age,” says Christina H. of Mommy Loves Coffee and a mom of three. “I feel bad for this child. He or she didn’t ask for this.”

Additionally, gender — at least at birth — isn’t a choice. The very thing that Storm’s parents are attempting to conceal in an effort to give him/her more choices already existed at birth. While they are trying to allow Storm to develop his/her own identity, they are actually hiding part of it.

A social experiment “outside the norm”

The article explains that the family is co-sleeping, unschooling, well traveled and open-minded, hinting that their philosophies on parenting are in line with this decision. However, it’s entirely possible to be all of these things without “conducting a social experiment,” as Dr. Ken Zucker, a world expert on gender identity, said.

One commenter summed it up very simply: “I get, in part, what they are trying to do. Rigid gender roles can cause damage to a sensitive child who falls outside the norm. But this is forcing the children outside the norm.”

>> This is definitely a highly unusual situation. What do you think? Are Witterick and Stoker doing their child a favor by letting him/her develop independent of his/her gender, or are they setting their baby up for a more difficult life?

30 mins ago
by Elise Sole

6 hrs ago
by Audrey D. Brashich