First, Kerry Brown went on Good Morning America, insisting that it was perfectly acceptable to give her eight-year-old daughter Botox injections to better her chances of winning beauty pageants. Parents around the country were horrified at Brown’s actions — who gives Botox to child?! — and saddened that such a little girl was already so affected by appearance. Now, we’re hearing that her daughter, Britney, has been removed from her custody. Oh, and her name isn’t Kerry Brown. And she doesn’t live in San Francisco. This story just keeps getting stranger. 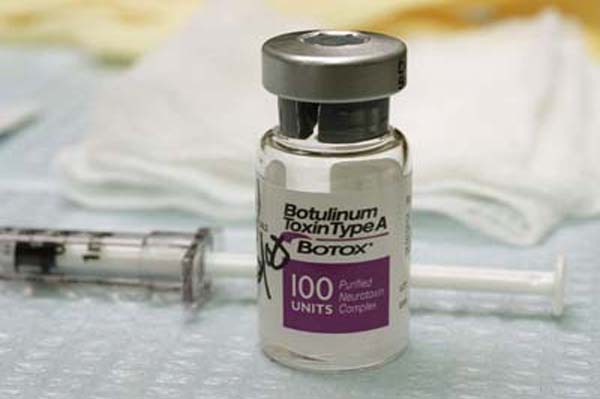 The craziness actually started a few months ago, when eight-year-old Britney Campbell told the world that she was given Botox injections and virgin waxes by her mother. “My friends think it’s cool I have all the treatments, and they want to be like me. I check every night for wrinkles. When I see some, I want more injections,” she said. “They used to hurt, but now I don’t cry that much. I also want boob and nose jobs soon, so that I can be a star.”

Since then, she and her mother have appeared on Good Morning America, talking about the completely mind-boggling cosmetic procedures — leaving mothers everywhere shaking their heads in disgust and worrying for a little girl who is concerned with wrinkles and the size of her boobs. At eight years old.

Even worse than reading about a child being shot full of Botox for cosmetic reasons is hearing her and her mom talk about it. Kerry Brown discussed the treatments nonchalantly, telling Lara Spencer that while Britney didn’t technically ask for the treatments, she did voice concerns about her appearance.

“We talked about it,” Brown said to Spencer. “She didn’t exactly ask me about it, but I know that she was complaining about her face having wrinkles and things like that.”

New details: Who is Kerry Brown

Today, new information has emerged. The SF Chronicle reports that perhaps Kerry Brown isn’t even the woman’s name: “Reporters were unable to track down a San Francisco address or phone number for the woman. Our sources tell us that’s because she doesn’t live here and isn’t Kerry Campbell.”

Was Britney removed from her home?

Most notably, sources say that Britney Campbell — if that’s her name — has been removed from her home. ABC News reported that she was removed following an investigation, but they weren’t able to name their sources.

According to the Huffington Post, “Lara Spencer said, ‘I’ve spoken with someone very close to the case, she is out of her mother’s home. She’s doing well. The case is under investigation by CPS and we should have new details within a week. But the main thing here — she’s doing well.'”

I generally do my best to present parenting situations in a factual light and keep my two — or fifty — cents to myself, but in this case, that’s difficult for me. Raising a daughter means having a responsibility to find the best means possible to instill a sense of self-confidence and pride in her. We moms have a duty, and hopefully a desire, to combat the media messages our girls are fed every day. We want them to know they’re beautiful and smart and capable and have futures full of success… just the way they are.

And then here comes a “mom” who is telling her little girl just the opposite: That she’s not quite pretty enough or good enough the way she is, that she needs cosmetic procedures to make her physically attractive enough to have a chance at winning pageants (don’t even get me started on those) and that the world needs to hear about how short a little eight-year-old falls.

If Britney has indeed been removed from her home, it was probably out of necessity. She shouldn’t be given cosmetic Botox treatments. That’s disgusting and wrong. And yet nobody wins when a child is taken by Child Protective Services.

It’s a lose-lose situation. I’m glad Britney will no longer be subjected to both the degrading messages her mother was sending her and the awful cosmetic procedures she was administering, but I’m so sad that at age eight, she’s already at the center of a media circus, and no longer living with her immediate parent.

>> What do you think about this situation? Share your opinion in the comments section below.

21 hrs ago
by Anna Davies

24 hrs ago
by Elise Sole