An Illinois teenager and (former) high school student is in trouble after he was identified as being responsible for circulating a “ranking” list of female classmates around school and posting it on Facebook. Unfortunately for him, he’s not Mark Zuckerberg and he doesn’t have a $50 billion idea. The teenager’s stunt got him arrested and apparently kicked out of school. 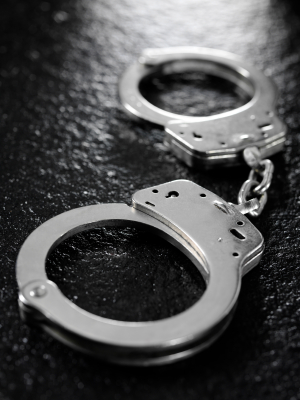 It’s 2011. Gone are the days of the Mean Girls-esque slam books, instead replaced by online insults that can spread like wildfire and cause even more serious damage than rumors once did. An Illinois teen, whose name was not released because of his minor status, was arrested for doing just that.

According to The Trib Local, the student created a list ranking 50 female classmates. He used “racial slurs and ratings of body parts” and then passed out paper copies of the list at school during lunch periods. He also posted it on Facebook.

The student was subsequently arrested and, in cooperation with the Cook County State’s attorney’s Office, he was charged with misdemeanor disorderly conduct. The police stated that he will not be charged with anything else.

Although the school is refusing to discuss the disciplinary action, the 17-year-old is no longer a student there.

The paper reports, “In response, teachers and students started a campaign against sexism, selling T-shirts that read ‘Respect.'” Which is exactly what was lacking when the student posted rank lists online. His actions were extremely disrespectful to those on the list and to the rest of the students who saw it.

Not knowing a single thing about him, other than what he did in this situation, it’s not fair to make assumptions about his parents in relation to his very poor decision. However, this is a great reminder for us as parents to put time and effort into raising our kids with character. While it’s true that we can talk until we’re blue in the face, it’s also true that many of our messages really do get through. Kids may roll their eyes and mumble about our discussions, but they’re listening, too.

Also remember that we’re role models for our kids. They watch what we do very carefully — if we’re constantly talking negatively about people or making fun of them, even if inside the confines of our own home, we’re sending the message that it’s okay to disrespect others.

>> Get tips on being an effective parent

At the risk of dating all of us, times are different now. There was no Facebook when we were kids. Rumors spread and people did mean things, but dumb teen mistakes such as ranking lists stayed inside the confines of campus. That’s not the case today. Talking to your teens about appropriate behavior on Facebook (and beyond, of course) is extremely important.

And don’t just talk to your teen– have discussions. Bring up situations like this one so that your teen can understand the true implications of one stupid decision. Talking abstractly is one thing, knowing what happens in the real world is another. This teenager was kicked out of school and now has an arrest record. At 17.

Personally, I’m curious to see what comes of the disorderly conduct charges. Regardless of the end result, I firmly believe that this sort of behavior is so damaging to those who are targeted that serious consequences are necessary. It’s true that teenagers don’t always have the fully developed brains that adults do and they don’t always make the best decisions as a result. But they do understand consequences.

>> How do you feel? Was this teenager dealt with appropriately by being removed from his school permanently and arrested?

Protecting kids from cyber bullying
Kids on the internet: Safety tips for parents
Young children and the internet: Education and safety