CNN writer LZ Granderson received quite a response when he wrote a piece titled, “Parents, don’t dress your girls like tramps.” In it, he recounted seeing an eight-year-old girl at the airport who was “the sexiest girl in the terminal.” Is Granderson correct in his assertion that parents need to take more control over their daughters’ wardrobes? Or is there a bigger problem here? 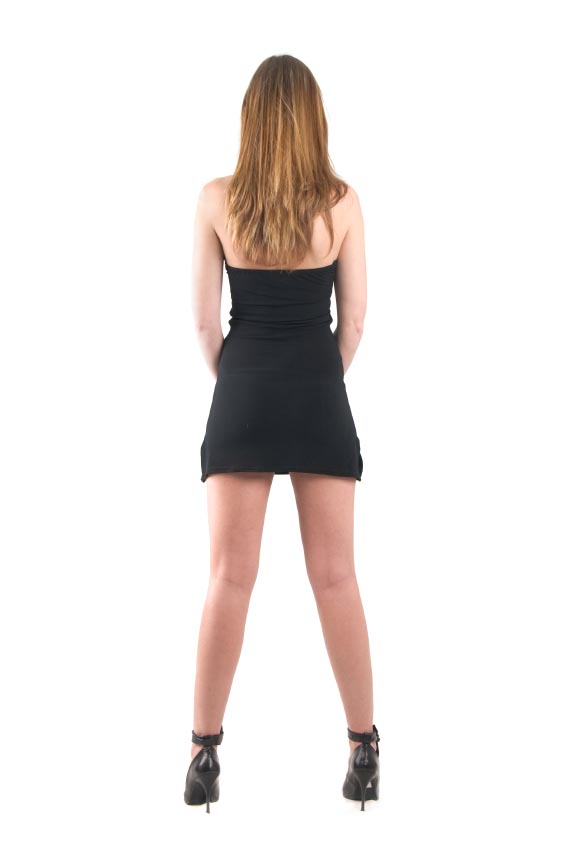 “I saw someone at the airport the other day who really caught my eye.

Her beautiful, long blond hair was braided back a la Bo Derek in the movie “10” (or for the younger set, Christina Aguilera during her “Xtina” phase). Her lips were pink and shiny from the gloss, and her earrings dangled playfully from her lobes.

You can tell she had been vacationing somewhere warm, because you could see her deep tan around her midriff thanks to the halter top and the tight sweatpants that rested just a little low on her waist. The icing on the cake? The word ‘Juicy’ was written on her backside.”

That is how Granderson describes an eight-year-old — a sight that bothered him enough to write an opinion piece on how parents need to step up so that their daughters stop dressing like “tramps.” But who’s really to blame: The parents who allow their daughters to dress in an inappropriate way or the companies that sell the inappropriate clothes? And did Granderson cross a line with his word choice?

In his opinion piece Parents, don’t dress your girls like tramps, Granderson asserts that responsibility lies with the parents. “It’s easy to blast companies for introducing the sexy wear, but our ire really should be directed at the parents who think low rise jeans for a second grader is cute. They are the ones who are spending the money to fuel this budding trend. They are the ones who are suppose to decide what’s appropriate for their young children to wear, not executives looking to brew up controversy or turn a profit.”

His point is valid — if parents didn’t purchase these clothes for their young daughters, their daughters wouldn’t wear them. As he says, who is taking the eight-year-old to the mall and whose money is she spending?

Don’t forget to place blame with the companies

On her blog Pigtail Pals, Melissa Wardy agrees that parents need to step up, but insists that companies must take responsibility for manufacturing sexy clothes and marketing them to kids. She agrees that kids may spend parents’ money, but they also spend their own money, shop on their own with their friends and are bombarded with inappropriate choices.

“It is unfair to put the onus entirely on parents because the marketing of this crap is relentless. Relentless… I absolutely think parents need to turn this ship around, send strong messages to marketers and corporations, and teach our daughters how to dress themselves with respect,” says Wardy in her blog post Did You Just Call My Daughter a Prostitute?

However, she also insists, “[W]e need to do this with grace towards other families. Not all parents are aware of this issue yet, or some are but have no idea what to do about it.”

>>Check out Stylish or sleazy: An honest look at your teen daughter’s style

And by the way, don’t call my daughter a prostitute

Wardy takes huge issue with Granderson’s word choice, insisting he and all men have no right to call girls prostitutes, tramps or any names that compare a young girls to sex workers. She references the term “slut shaming” — meaning, in short, attacking a girl or woman for her sexuality. “[N]o piece of clothing turns a girl into a tramp,” insists Wardy.

>>One parent asks, “Where are the modest bathing suits for girls?” after Abercrombie & Fitch releases a padded triangle bathing suit top for girls.

So, what’s the bottom line?

Most people — especially parents — can agree that some young girls are wearing clothing that is far too old for them. Eight-year-old girls should not be dressed in a sexually suggestive manner. It’s inappropriate, disturbing and has long-term consequences for their self-esteem and how they view themselves. Wardy sums that part up nicely: “We need, as a culture, a fundamental shift in how we view our children, and how we value childhood.”

>>Where do you stand on the issue? Was Granderson’s call to parents to stop dressing their daughters like tramps a good message — a point that needed to be made, even if with strong words? Or did he cross a line? Share you opinion in the comments section below.