The Bumbo is a baby seat — but it’s not a carseat, and doesn’t swing or vibrate. Find out more about the little chairs that have moms and babies getting all excited. 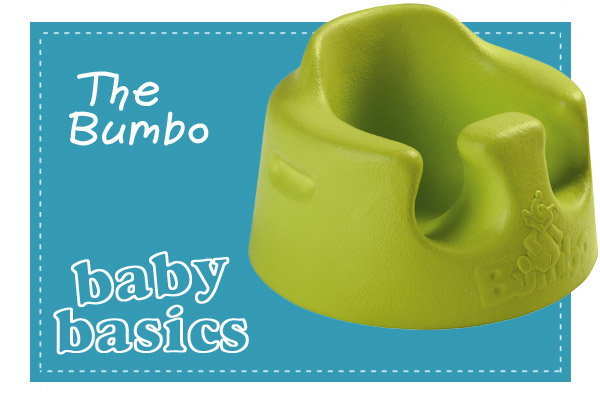 WHAT is a Bumbo?

Made of a single piece of low-density foam, the Bumbo is essentially a baby seat, designed for little ones from ages 3 to 14 months, and up to 22 pounds. The seat helps babies who are not yet sitting up on their own to have a look around — and as your child gets older, it can be used as a feeding chair and a booster seat. They’re available in several colors, including blue and green (shown).

What moms had to say

Some of the mamas on our message boards offered this input on the Bumbo:

We got ours a few weeks ago. Riley was a little floppy for it at first, so I propped a blanket up behind him and he loved it! – Allison 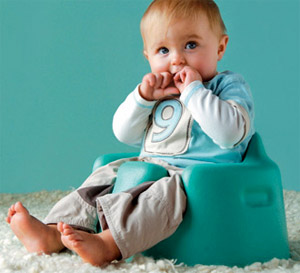 We tried him in the Bumbo yesterday and he really liked it. He was SO overtired and hot — he was so funny! He was laughing and acting so silly, it was a riot! – Alana

Today I decided to try the Bumbo… She did well! She was not able to sit in it for long. I could tell she felt like one of the big kids, though. It was great! – Amy

I use the Bumbo every day with my son. He eats in it and plays in it all day long. It is truly a product that, as a mom, I can’t live without. – Sheree

Brenna loves her Bumbo…cries when I take her out of it, and it calms her down more then any other “device” we have. She is getting chubby legs, and to be honest I’m not even sure how much longer I can squeeze her little legs into it. – Rebecca

Due to some accidents and injuries due to falls, parents are cautioned to use the Bumbo safely: Never use on any elevated surface, and never leave a baby unattended in one of these seats. See more details and warnings at the CPSC site.

Alternatives to the Bumbo

If you like the idea but aren’t sold, a few options to consider instead of a Bumbo include the Summer 3-Stage Super Seat and the Prince Lionheart bebePod Plus. Do know, however, that all baby seats need to be used with caution and common sense.

More info about the BUMBO