We all know how important healthy eating is, especially given the obesity epidemic in our country. But is banning home-packed lunches at school a solution to the problem? One principal at a Chicago elementary school thinks so. What do you think about the school lunch only policy? 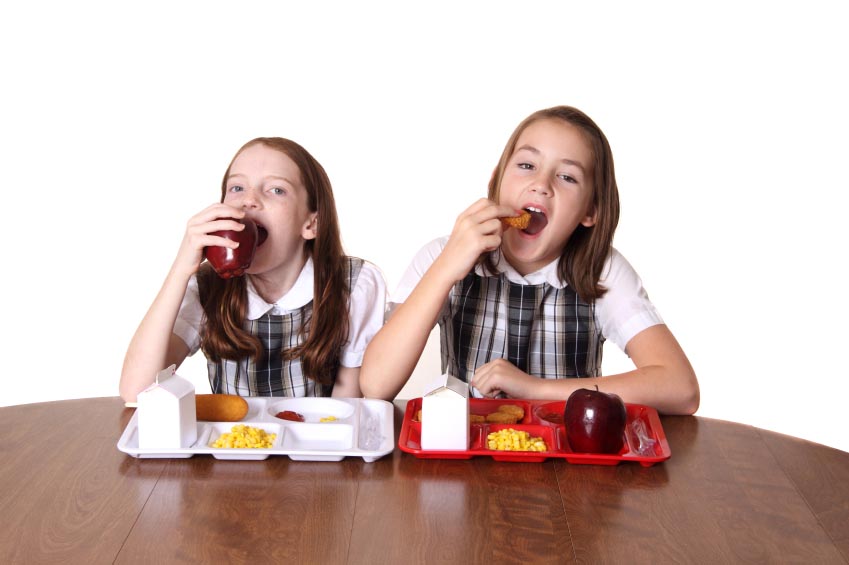 Elsa Carmona, principal of Little Village Academy in Chicago, doesn’t allow her students to bring lunch from home, instead requiring they eat school cafeteria lunch. She told the Chicago Tribune, “Nutrition wise, it is better for the children to eat at the school. It’s about the nutrition and the excellent quality food that they are able to serve (in the lunchroom). It’s milk versus a Coke. But with allergies and any medical issue, of course, we would make an exception.”

The fact is that one in three children in the U.S. is either overweight or obese. Clearly, we have a problem. However, is cutting out homemade lunches and requiring students to eat school lunches a good idea?

While President Obama signed the child nutrition bill at the end of 2010, many school lunches currently leave much to be desired. A 2009 study, published in the Journal of the American Dietetic Association, found that school meals fell short of meeting healthy dietary guidelines. Until school lunches are “cleaned up,” it’s hard to believe that school lunches are a better nutritional option than many homemade lunches.

“Taking away choices and forcing kids to eat the meals provided at schools is wrong in the most fundamental way,” says Sugar Jones, who writes about life, love, food, travel and being fabulous over forty at her blog Sugar in the Raw. “The argument that the school is protecting the students from their own bad choices is as ridiculous as calling school lunches healthy. If the ingredients of those meals were to be listed, they might be just as unhealthy as a bag of chips or a soda.”

Potential solution to a problem

While many parents are outraged at the idea that children could be required to eat school lunches and prohibited from bringing their own lunches, some can see the value. Mom of two Jill Cunnup says, “I am probably in the minority that actually likes the concept. If the school can truly provide what a pediatrician or nutrition expert would consider a healthy lunch then I would happily [agree].”

Jill acknowledges that as things stand, school lunches aren’t healthy enough, but if they were improved, she’d be on board. “I am all for it if it’s done right. With our school systems and budgets, the chances are slim but if it were, I would be the first to sign up,” she notes.

Is there a compromise?

Perhaps there’s a middle ground — somewhere between school lunch or no lunch. As Principal Carmona said herself, the reason she implemented the school lunch only policy was because she grew tired of seeing kids bringing “bottles of soda and flaming hot chips” for lunch.

>> No peanut butter in your school? Understand the bans

Instead of an all out homemade lunch ban, the school could instead ban certain types of food. Tracy D., a mom of three who blogs at My Minivan Rocks, explains, “My children are still in pre-school, but their school has guidelines on what can be included in lunches. They state plainly and simply that sugary items will not be served at lunch and will be sent back home in the children’s backpacks.”

While it’s probably simpler to regulate preschoolers’ lunches, it might be worth the effort to implement a similar policy for elementary school children, especially if the alternative is banning homemade lunches altogether. “I know this would be much harder to do with older kids, but it seems like it would be worth trying before instituting a policy

>> What do you think? Did this school principal have the right idea by requiring kids to eat cafeteria lunch — or no lunch at all? Or is she taking away far too many choices by banning homemade lunches at school?