Parents of children with autism deal with so much — from fighting for their child’s rights to judgment from other parents. Here’s what they wish you knew about kids on the spectrum. 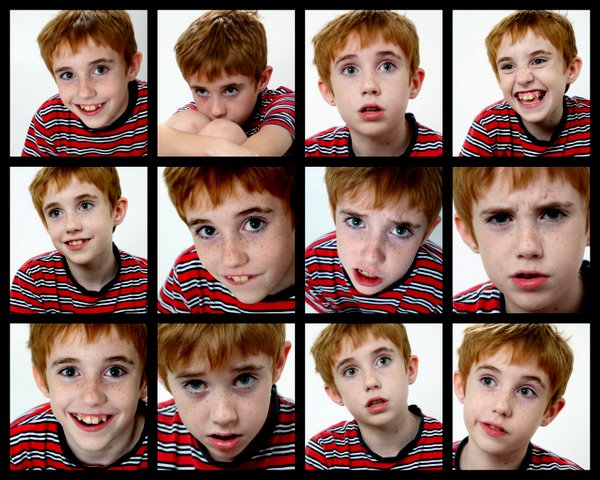 Do you know anyone with Autism Spectrum Disorder? An estimated 1.5 million Americans have autism, including roughly 1 in every 110 babies born. It impacts many people, and probably has touched your life.

But if you are among the parents whose children don’t have autism, what should you know? More importantly, what do parents want you to know? We found out!

It’s called “the spectrum” for a reason

Autism Spectrum Disorder is a term that covers a range of developmental disabilities. Cases vary widely, so knowing one child’s case isn’t knowing them all. “Some kids with autism are very affectionate while others shy away from hugs. Some talk a lot, some mainly repeat the same things, and others don’t talk at all — and everything in between… The variations are huge,” says Nancy Price, Executive Editor of SheKnows. Price’s son Quinn — shown above — now almost 10 years old, was diagnosed with autism at age 21 months.

>> When autism is family: What’s it like living with a child with autism?

It’s easy to make a snap judgment when you see a child acting out. But don’t, because you really have no idea why or what it means. “When you see a child in McDonald’s that throws an inconsolable fit, don’t assume that the child is bad — that the parents have done everything wrong. Because you don’t know,” says mom of two Amber Theinert.

Everyone is entitled to their opinions, of course. But that doesn’t mean you should be sharing them, especially when it comes to a child’s diagnosis. Commonly heard: “Are you sure he has autism? He doesn’t look autistic to me.”

“Unless you’re one of the professionals who has evaluated my child, don’t tell me my child doesn’t have autism,” says Price. “If you have your doubts, that’s fine — but keep them to yourself, or ask questions that can help you understand more.”

>> Tips for talking to family about your child’s autism diagnosis

Let’s not discuss your theories

So much is unknown about autism, that no one really knows the whys and hows. And yes, that includes you (especially if you like to speculate). “Don’t ask how my child got autism, and please don’t offer your theories. The causes are generally considered to be unknown as yet, and is considered a very controversial and contentious topic,” says Price. Instead, she suggests, ask questions like what were the first signs we noticed, or how they ended up getting a diagnosis.

>> Autism therapies: What educational and medical interventions are available?

Good education is for all

Your child goes to school. So do kids on the spectrum. And guess what? They all deserve that opportunity. “My son deserves the same opportunities for a good education as your child, even though you may think he gets too much attention from his teacher,” says mom Cathy Hale, whose son is on the spectrum.

Be sensitive with what you say

Having autism doesn’t mean that kids can’t hear. They can. And they feel a lot, too. So, watch what you say — as you would with any child. “As the parent of a 7-year-old Aspergian, I wish that other parents would realize that he takes everything said very literally. He doesn’t have the ‘sarcasm meter’ we all take for granted,” says dad Geoff Eaton.

>> Taking your autistic child to a restaurant: Tips on dining out

Look, just because they don’t communicate as you do doesn’t mean they aren’t trying to fit in. It also doesn’t mean that they don’t understand what you say. “We may not be very good at social interactions, but we try. We don’t want to offend or hurt anyone’s feelings, but if you don’t want to know the truth, please don’t ask us,” says Stephanie Mayberry, a mom of three kids with Aspergers Syndrome, who also has Aspergers herself.

>> Your child has autism. Now what?

Parents notice when you sweep your children away… but you should know that your kids won’t catch another kids’ autism. “I wish that other parents knew on a deep level that Autism is not contagious, and that learning to accept and include children on the spectrum will not only benefit the child with the Autistic Spectrum Disorder, but the act of opening their hearts and accepting those who are different from them will also benefit their own child,” says Elizabeth Pflaum, a mom with a 19-year-old son on the spectrum.

No, it’s not Rain Man

Rain Man was a movie. A good movie, no doubt — but it isn’t by any means the end-all, be-all definition of what autism looks like. “Realize that Rain Man is not a typical representation of autism,” says Price. She suggests that if you want to get a better sense of what people on the autistic spectrum are like, check out some of the autism videos on YouTube — those by parents and by some of the nonprofits out there. Also worth watching: Temple Grandin (although, again, just one variety of autism) and Autism: The Musical.

Have an autism connection? You should talk about it! “If you have a personal story of someone you know with autism — like about friends, family, neighbors — feel free to share.” says Price. “It’s nice to know that someone has more than an abstract concept of what autism is like.”