In 2009, teen mom Bristol Palin earned $262,500 from the Candie’s Foundation for speaking out about teen pregnancy. Should teen moms such as Bristol Palin be paid top dollar to tell other teens not to become pregnant? 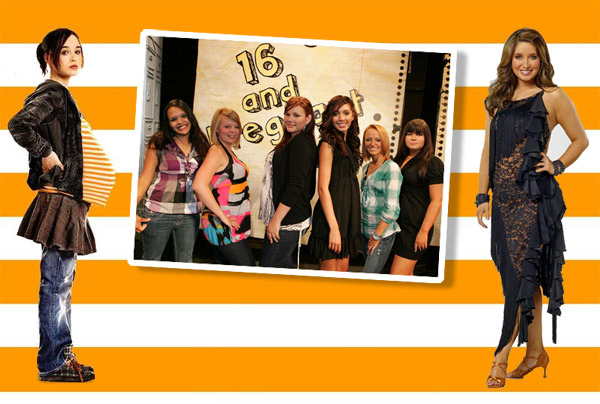 Today, the blog Palingates posted a copy of a tax document from Candie’s Foundation for 2009. It shows that Candie’s Foundation paid Bristol Palin $262,500 in 2009 to act as a spokesperson. The document can also be viewed on GuideStar, which maintains nonprofit financial data.

Bristol Palin, daughter of 2008 Republican Vice Presidential candidate Sarah Palin, became a teen mom at the age of 18. She signed on with Candie’s Foundation to speak out against teen pregnancy a few months after having her son, Tripp.

$262,500 is a lot of money to tell other teens not to do exactly what Bristol Palin did – get pregnant and become a teen mom. According to the AP, when Palin became a representative for Candie’s, she said, “If I can prevent even one girl from getting pregnant, I will feel a sense of accomplishment.” If she only prevented one person from becoming pregnant for just over $262,000, Candie’s might have wasted their money.

Furthermore, as several websites have pointed out, Palin earned from Candie’s Foundation seven times what it spent on actual teen pregnancy prevention and outreach. According to the Foundation’s tax document, Palin may have made over $260,000, but teen pregnancy health and counseling clinics received just $35,000 from Candie’s.

So did Palin prevent teens from getting pregnant, or could all of that money have been better spent?

A good example…of what not to do?

Is Bristol Palin — a teen mom — the best person to encourage other teens not to become teen moms? Isn’t that sort of hypocritical? Or is it a situation where you need someone who has been there, done that, to represent the cause? If you were interested in a popular weight loss program such as Weight Watchers, you probably wouldn’t put a lot of stock in their spokesperson if she was a thin supermodel who’d never needed to lose any weight.

The message might mean more coming from a person with firsthand experience, as Palin herself points out. According to the AP article published on NPR, “Palin, who still works for the foundation, told The Associated Press last year that girls would think twice about having sex if they knew how tough it is to be a mother. She said she ‘wasn’t prepared at all’ for the dramatic changes in her life since becoming a mom.”

Teen mom popularity – defeating the purpose or helping the cause?

At the same time, Is Bristol Palin the right person? It seems that we’re creating a culture of quasi-celebrities from teenagers who were pregnant or have become teen moms. It’s doubtful anyone would have ever known who the girls on 16 and Pregnant or Teen Mom were if not for the MTV programs. Likewise, while people would have known who Bristol Palin was because of her mom, Sarah Palin, it’s unlikely she would have received the same amount of media coverage had she not become a teen mom.

Some people feel that we’re glamorizing teen moms by making them so popular. If so, that sort of defeats the purpose of campaigns like that of Candie’s. However, just today, the Centers for Disease Control and Prevention reported that teen pregnancy rates are the lowest they have been in two decades. Maybe Candie’s Foundation is doing something right.

Was the $262,500 that Candie’s Foundation spent on Bristol Palin money well spent? Do we need well-known teen moms telling teens not to become pregnant?