Have you ever dreamed of traveling full time? The idea might sound impossible, but more and more families are going on extended vacations — with their kids. Who’s taking these extended trips, and where are they headed? 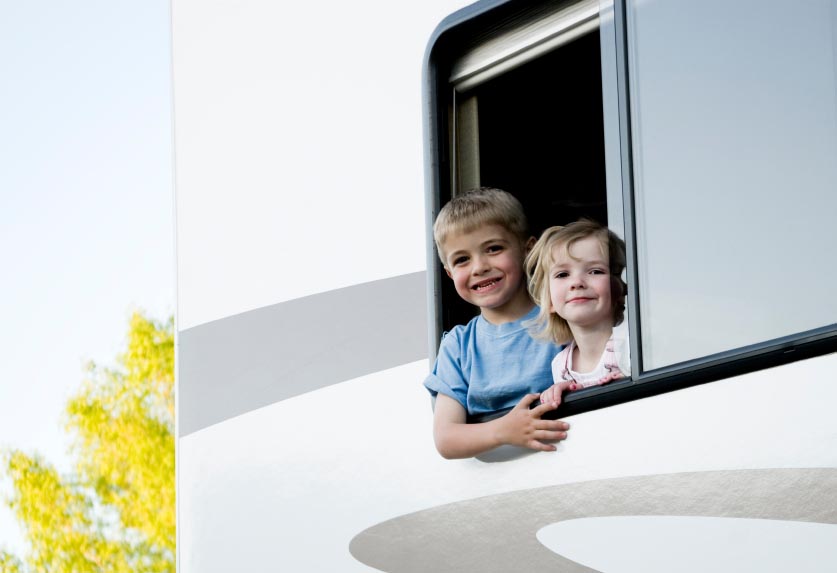 Forget what you think you know about how families live — the house, jobs, cars and pets. Some families are leaving behind the stability and predictability for extended trips around the country and around the world.

These traveling families aren’t just taking themselves on the road with their journey, though. They are also taking their readers along as they blog their adventures. Here are a few of the families trying out this modern nomadic lifestyle.

Could you imagine pedaling your way wherever you went? How about doing that for two-and-a-half years while you travel through North and South America? That’s what one family from Boise, Idaho, recently did. They left in 2008, heading north to Alaska via plane. Then, they pedaled all the way south until they arrived in Argentina in March.

Now they are headed home… for a little while at least. In a recent blog post, they admitted that they really don’t know what’s next — maybe another trip, or maybe settling back into life at home.

Believe it or not, it wasn’t their first biking adventure. The family took a bicycle journey around New York and Mexico in 2006 as well.

Lainie Liberti and her son, Miro

When the economy turned down a few years ago, so did business for Lainie Liberti’s branding company, Jungle [8]. Instead of getting down in her boots, Lainie and her son, Miro, took the opportunity to take an amazing journey around the world. Their plan is to slowly travel for eight years (they are two years into the journey now).

They’ve been on the road since 2009, and have been to destinations in South and Central America. Their next stop is Ecuador, where they will be volunteering for two months with an organization that provides free art programs to kids. When Lainie and Miro are done with their eight years on the road, Miro will be 18.

A Hollywood sound guy and his musical homeschooling wife sell pretty much all of their possessions and take off for a year, traveling around Europe and completing their journey in a developing nation. They are struck with the wunderlust bug and decide to go home for a year, before setting off again for the summer. No. This isn’t some rom-com about a reconnecting family, although they did blog about how it brought them closer. It’s the real life experience of the Redpath family.

>> 9 reasons why you should have a passport

The family, who ended their first journey last August, plans to set off again on another adventure this summer. Where to? They haven’t said yet …

>>Would you take an extended vacation with your kids?