Last week, Babble blogger Kate, a mom of two young children with a third on the way, wrote a post titled, “Mom Confession: I think I love my son a little bit more.” In it, she shares that she loves her son more than her daughter. Did she do the right thing by being honest and putting out there what some moms feel? Or should she have kept those thoughts to herself? 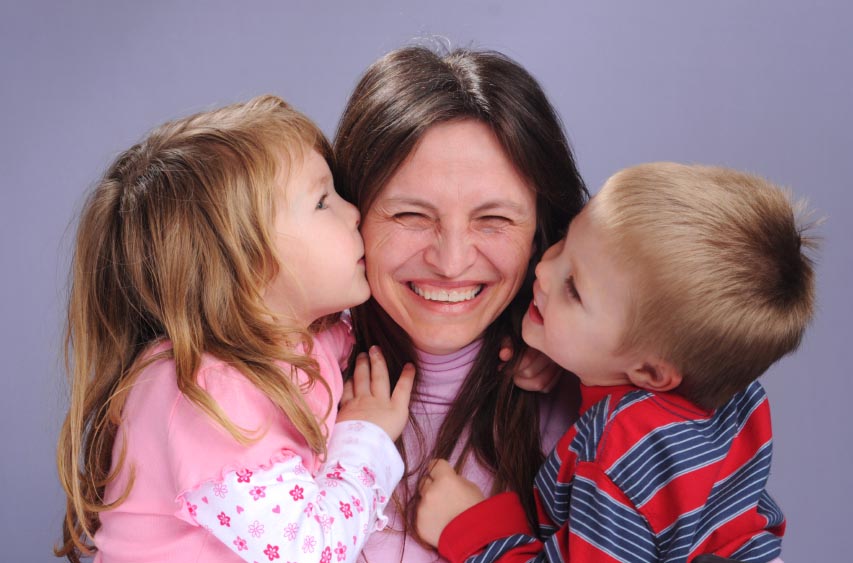 “Okay. This post is serious. It’s something I’ve been thinking about for a very long time, but I’ve been too afraid to say. I can’t be the only one out there who feels this way, though. Because moms aren’t perfect. Maybe we pretend that we are in front of other moms, lest we be judged for our failings. But we do all have them. And so…I’ve taken a deep breath, and I’m going to share.

I think I love my son just a little bit more than my daughter.”

Above are the first two paragraphs in Kate’s Babble blog post, Mom Confession: I think I love my son a little bit more. She certainly doesn’t beat around the bush. Is that something any mom should ever admit — that she loves one child more than the other?

In her post, Kate shares her history with her daughter: They were separated immediately after birth, Kate was sick during the first several months of her daughter’s life and it took her a while to bond. Her son, however, was with her immediately after his birth, she was well during his early months and they bonded intensely.

Kate’s daughter and son have very different personalities. In her words, Kate’s daughter is independent, challenging and rude and defiant when she wants her way. By Kate’s own measure, her daughter is just like her. Her son, however, is snuggly — a mama’s boy who deals with frustration by getting close to her.

For many moms, being completely honest with themselves – never mind the Internet – isn’t easy. Can you reflect this candidly? “The thing is, in the day-to-day life, I find it easier to gravitate towards my son. I’m more patient with him. I’m less likely to get angry with…I’m more likely to pick him up and snuggle him, or to get something he asks for quickly. I’m less patient with my daughter, more likely to fight with her or refuse to get her something for no good reason…These are really on my worst days though…on my better days, my normal days, I make more effort to try to be fair to both.”

Always trying harder to be a better mom is an admirable quality, and how can one accomplish that without first acknowledging her shortfalls? Kate herself says, “I just keep hoping I can be a better parent.” On one hand, Kate’s honesty and ability to look at her parenting strengths and weaknesses can only help her improve as a mom. Additionally, by sharing so openly, she might help other moms who have similar feelings but are afraid to address them.

Conversely, the idea that her daughter may — and probably will — read her words one day is difficult to imagine. Even if Kate and her daughter build a strong relationship and wonderful mother-daughter bond over the years, how would her daughter feel if she read her mom’s cutting words at the age of 12 or 13? While Kate specifically addresses that possibility in the comments — “As for my daughter reading this, I would be happy if she did. I think it would help her to understand that I’m not perfect and I struggle but I love her and I am always trying to be better for her” — many readers doubted that her daughter would take it so well.

Over 400 readers shared their thoughts, some supportive, some disapproving and some sharply critical. One reader stated simply, “Excellent. I believe this post deserves an award. This is exactly how I feel with my 3 year old daughter and 10-month-old son. Thank you, Thank you, Thank you!”

Another was less appreciative of Kate’s openness: “This isn’t about perfection. Of course mothers aren’t perfect. No one is perfect. And your feelings are what they are. Obviously, you are struggling with them and want to do better by your daughter with your actions, which is a good thing. Hopefully you will find a way. However, I question your judgment in publicly posting your feelings like this. There is no way that this could EVER be a good thing for your daughter to read. How could she ever benefit from knowing that, “There are moments – in my least sane and darkest thoughts – when I think it wouldn’t be so bad if I lost my daughter, as long as I never had to lose my son. He is special to me. He is close to me in a way that no one else is.”? Or that, “I secretly hope that this new baby is a girl. I want to start over with a little girl now that I’m healthy and an experienced parent. I want to love her and cherish

her as she should be.”? Those are harsh, harsh statements.”

>>What do you think? If you loved one of your children more than the other(s), would you share? Should Kate have kept her thoughts to herself? Or did she do some mothers a favor by being honest – perhaps helping them acknowledge and work through their own feelings?