The coveted role of prom queen is a dream for many teens, but it takes a lot of support and teamwork. Although it’s your job as a parent to help children achieve their goals, are you sure you’re not to stepping on her teen toes? From campaign ideas to supporting your daughter behind the scenes, discover how to help your teen become prom queen without stealing the scene. 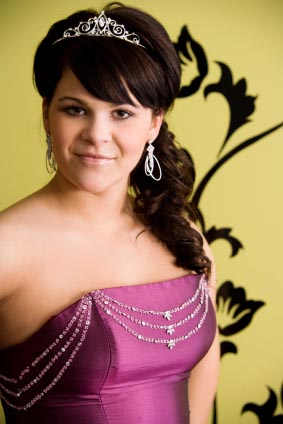 Figure out the process

Each school may have their own method for building up a prom court, but typically it is the student body that casts nominations and ultimately chooses who bears the title of prom queen. Encourage your princess in training to find out how her school elects their prom queen candidates and put your heads together to strategize.

Get nominated for prom queen

Proms themselves are special, but getting elected for prom queen is an honor in itself. However, if your daughter really wants to make her way to the front of the stage to accept the royal title, help her figure out which of her friends will nominate her for prom court instead of leaving it to chance.

>>Get tips on how to help your child gain confidence

Campaign for the crown

Campaigning is a great way for you to live vicariously through your daughter without taking over. To stand out from the crowd, your daughter will need a campaign theme to reach prom’s highest honor. Roll up your sleeves and work together to create posters, fliers and banners to paper the school. Then help your daughter safely promote herself via social networks, such as Facebook.com and Twitter.com. Finally, encourage her to get involved in clubs and activities to widen her social circle for a better chance at prom queen status.

>>Brush up on social networking safety for teens

The first rule for any prom’s royal court is to act the part. Educate your daughter on the benefits of making amends with wronged classmates and being herself — both in the prom queen race and in life. “Giving advice to teenagers can be difficult. One way to get a message across without sounding preachy is to say, ‘I might ask Melissa what she meant by what she said,’ or, ask a question, ‘Do you think there’s another girl in the group that might feel the same way you do?'” suggests registered marriage and family therapist Marilyn Marilyn Barnicke Belleghem M.Ed., www.mbcinc.ca.

>>Become a pro when it comes to communicating with your teen

For prom night, help your daughter prepare an acceptance speech for her time in the spotlight. You can also offer extra support by taking her to a few dance lessons for her first dance as prom queen with the prom king.

Whether or not your teen achieves the prom queen crown, it’s important to support her emotionally, so put aside your own feelings and focus on her. And for those girls whose prom dreams come true, let her bask in the glory even if it means dealing with an inflated ego for a while. Besides, you can secretly try on her crown while she’s not home!