Many parents let their kids graze on items, such as crackers or cookies, in the grocery store and pay for them at the check-out stand. After all, it keeps your child happy while you shop – and you are not stealing because you are paying for the item, even if it is partially eaten, right? This mom found out that grocery stores may not see it the same way. 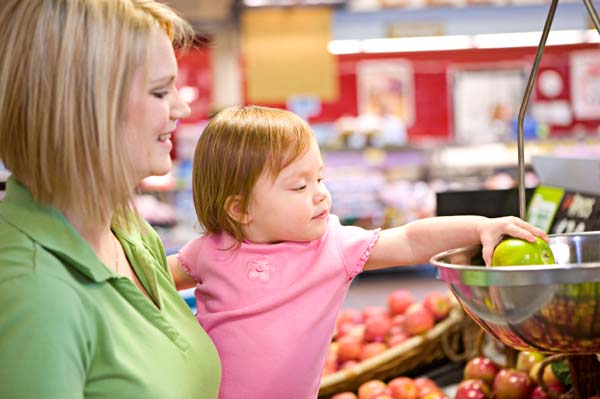 I usually bring snacks with me to the grocery store for my 3-year-old to munch on. However, during this grocery shopping trip, he really wanted the goldfish staring at him from the top of the pile of groceries in the cart. I thought there would be no harm in letting him eat some of the crackers while I shopped. After all, I had the container and I would definitely pay for it while ringing up the rest of my groceries.

It wasn’t until the checkout guy at my local Safeway made an extremely rude comment to me while ringing up the opened box of crackers that I began to think about this practice.

Much ado about nothing?

While I didn’t appreciate the unprofessional way in which this store employee acted (a simple, “Hey, our policy is we don’t allow food to be opened until purchased,” would have sufficed), I wondered if this was a matter of me breaking grocery store etiquette — or had I unintentionally broken a law? Or was this employee (who doesn’t have kids, by the way) making a big deal out of nothing?

I have seen many parents in grocery stores do the same thing, and I’m sure most of them pay for opened items at the checkout stand. It seems that many grocery stores may frown upon the practice, but I have not heard of them prosecuting unless someone actually eats the products and leaves the store without paying, which (hopefully!) most parents would not do.

Some parents argue that letting your children eat food before it is paid for teaches them that rules don’t apply to them or that they can get what they want simply by whining or crying. This is a point to consider. However, in the heat of the moment when your kid is screaming and people are glaring – it can be tough to enforce.

I can understand that grocery stores may find it hard to draw the line as to what is allowed and what is not allowed. If grocery stores allow this to slide with certain items, such as crackers or cookies, how do they feel about produce, when the items need to be weighed? Letting your child nosh on an apple may sound like a good and healthy choice at the time, but what is the protocol once you hit the check-out stand? You could weigh another apple and use that weight for payment, but is that kosher?

I know my next shopping trip I plan to arm myself with plenty of snacks from home, an emergency stash of suckers and a handheld game device — and will try to get in the rude employee’s checkout line when my son is throwing a fit. Just kidding! (No, I’m not.)

Tell us: Do you let your kids snack on yet-to-be-purchased items at the grocery store while you’re shopping?