A growing number of hospitals are restricting cameras and video recorders in the delivery room, citing legal issues and patient safety. Do you think cameras should be allowed in delivery rooms? 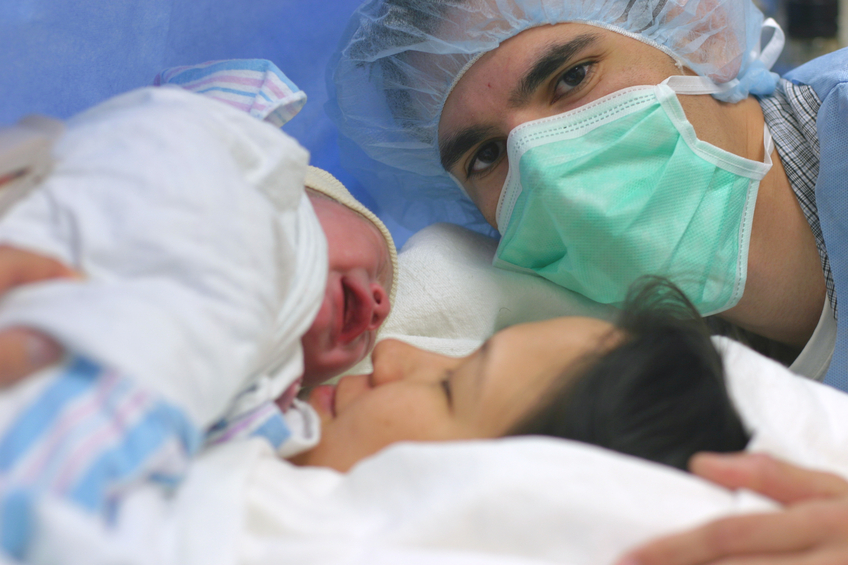 Expecting parents packing for the hospital may find that hospitals are requiring them to keep their cameras and video recorders packed up until after the baby is born. A growing number of hospitals, including NYU, Massachusetts General Hospital in Boston and Georgetown University Hospital in Washington, are restricting photography and videography during births.

“When we had people videotaping, it got to be a bit of a media circus,” Dr. Erin E. Tracy of Massachusetts General Hospital told the New York Times. “I want to be 100 percent focused on the medical care, and in this litigious atmosphere, where ads are on TV every 30 seconds about suing, it makes physicians gun shy.”

Should it be the patient’s right to record the birth of their baby if they so choose, or does it distract the doctor from focusing on medical care?

“I’m so happy I recorded the childbirth!”

For many parents, videotaping the childbirth allows the mom to capture moments she may have missed.

“It was important for me to have a video of me giving birth because it is so emotional and in the moment I was thinking about delivering a healthy baby, not about the experience. Without the video I would not remember the delivery,” says mom of three Marnee Medress. “Once Brody was born, the first thing [my husband] Jamie said was, ‘He looks just like me’. I would never have remembered that. I enjoy being able to go back and re-live the experience without fear and pain. It is an amazing process.”

Christa Connerat admits that even though she felt a little queasy watching her C-section, she was glad she had it. “I think that’s crazy that hospitals would disallow video cameras and pictures! Our doctors were okay with any and all filming,” says Connerat, who delivered in Louisiana. “Nothing can compare to that moment when they finally arrive in the world!”

“I made my boyfriend take pictures of my C-Section being performed,” says mom Misty Simon.”I am so glad I did!”

Megan Robinson delivered at NYU, and she said they were not allowed to have videos or cameras in the delivery room. She chose not to have her childbirth recorded, but feels like the choice should be up to the parents. “I didn’t want a video, so it didn’t bother me at the time, but it would be nice to have the option if you wanted it.”

Pictures after the birth were fine

For many other parents, they felt like taking pictures after the birth captured the moment — and spared them too many details. Jamie McGovern had her childbirth filmed, but afterwards felt it was a tad too graphic. “I was glad to have us captured on film seeing him and holding him for the first time, but I could have passed on the play-by-play!” she said.

Leslie Frey said she wanted photos of her newborn baby, but videotaping the birth was never a consideration. “I didn’t care to videotape, it was never in the plans whether they allowed it or not. My concern was to get photos in the hospital of the baby; I didn’t care to have myself in any video in that state.”

“I do not know the rules on videoing as my hubby was under strict orders to not even consider videoing the actual birth!” said Amanda Hanrahan. “Not for me.”

Since the dads are often the ones playing filmmaker, their feelings on recording the event also come into play. “I had my iPhone and regular camera ready to go but I waited until after the baby was born because they had a sheet separating the lower half of her body,” says Steve Cameron. “I chose to stay up top with her!”

“I think the only real reason to video an entire birth would be for documentary purposes,” says Mark DeMate. “However, I feel most hospitals don’t want them videoed for liability reasons. It really is a graphic event and not really for the home movie shelf.”

More on childbirth and labor

15 hrs ago
by Sarah Cottrell