It’s one of those issues that can deflate a parent faster than a pin in a balloon. Claims of favoritism for one child over another by a parent, a relative, a friend, or even a teacher or other relationship is common — and it can seem like there is no great way to address it. You want to address the issue without necessarily validating it. How do you address what may not be there without somehow confirming it? 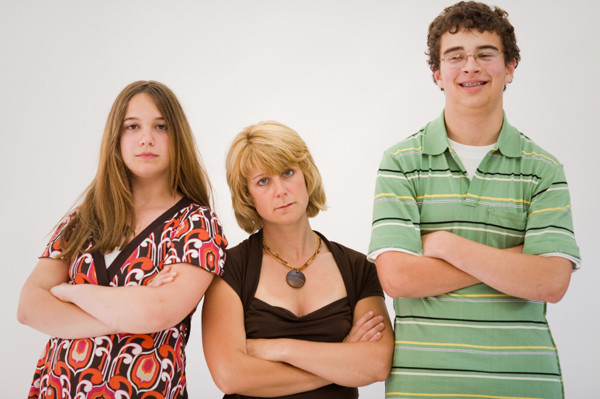 You may remember this issue from your own childhood. Perhaps you felt that favoritism — for others — was around you or perhaps you were the one “favored.” It’s an awkward situation for everyone. It can be really hard to deal with, both as a parent and as an individual. It may stir up your own childhood issues in the process!

Sometimes “favoritism” does exist. While you may make the effort in your family not to play the favorite game (or do so cheekily with the whole family’s buy-in), perhaps grandparents or other relatives or friends do. If there is someone in your child’s life who blatantly talks about one child being a favorite, you have two situations and conversations before you: One with the child (or children) and one with the person playing favorites.

In talking with your child, try emphasizing that this favoritism thing is not about them at all. It’s about the other person and their hang-ups. Your child has done nothing wrong and likely can do nothing to gain favor in that way. You can emphasize your child’s strengths and point out how much that other person is missing by playing this favorites game.

The relative or other person in your life may not like it, but you are the parent and you get to set guidelines for interactions with your child. Talk to this person about how the favoritism makes you and your child uncomfortable and set boundaries for appropriate behavior. You may get pushed back (and it can be hard to say this to your own mother, for example!) but be strong. You are the parent here and you need to make a stand for your family.

Sometimes it’s not so real

Sometimes your child may claim favoritism where there is none at all. At first it may seem like you need to change behaviors — or talk to someone about changing behaviors –so there’s not even the perception of favoritism, that can also backfire. You could be playing into the perception and actually make it worse! In this case, the issue isn’t favoritism at all, it’s some other kind of insecurity in your child coming out in the “favoritism” claim.

When favoritism is claimed where you truly believe it doesn’t exist, look at a wider picture. Has some other hurt happened recently, some blow to your child’s self-esteem? Try addressing those issues first and the favoritism claim may just fall away on its own.

The strength of individuals

Hilary Swank Is Pregnant With Twins!

38 mins ago
by Sydni Ellis

5 hrs ago
by Elaine Roth