Is your child a film-lover? A budding scientist? A Grammy-winner in the making? Here are some of the most unique camps and summer programs in the U.S. that cater to your tween or teen’s hobby of choice. 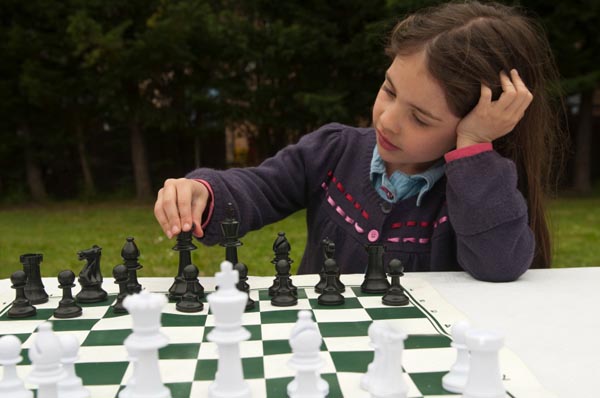 Summer camps aren’t just about getting fresh air in the mountains and becoming one with nature. This is the modern world! Today, camps are an extension of a child’s learning throughout the school year — and more often than not, an opportunity for kids to determine whether they wish to pursue a certain career path. The following kids’ summer camps are available to enhance the young minds of the talented artists and geeks in your life.

The Penn State Weather Camp offers a hands-on environment for the budding meteorologist in your family who wants to learn the process of making a weather forecast, present a television weathercast and more. The experience is available for teens in grades eight through 10, and an advanced camp is available for students in grades 11 or 12.

Get closer to the TV

Think your kid spends too much time gaming? It’s not all wasted hours. They may have a future career in this growing field. For kids in grades two to eight, icamp programs — presented by the Children’s Technology Workshop — encourage exploration, invention and creation for kids interested in robotics, video game design, animation and digital video production and digital art. Other technology-related camps that offer similar summer programming and workshops: Emagination Computer Camps and iD Tech Camps.

There’s an app for that

Have a web-savvy young filmmaker in your household? Expose them to the joys of Apple Camp, designed for kids age eight to 12 who want to learn the ins and outs of iMovie and how to make a film. It all leads up to an Apple Camp Film Festival where participants debut their works.

For the instrumentalist in your home, Mansfield University offers an extensive list of music camps for ages ranging from 10 to 19. String, percussion, piano chamber and saxophone camps are available to serious musicians interested in perfecting their technique, while choir and musical theatre camps cater to those interested in vocal production, stage presence and movement.

For the lover of strategy, there is USA Chess, the largest and premier chess camp organizer for kids in the United States. Whether your child is a newbie to the world of pawns and rooks, or whether they are an aficionado of the chess board, this camp is open to all players, from preschoolers to seniors in high school.